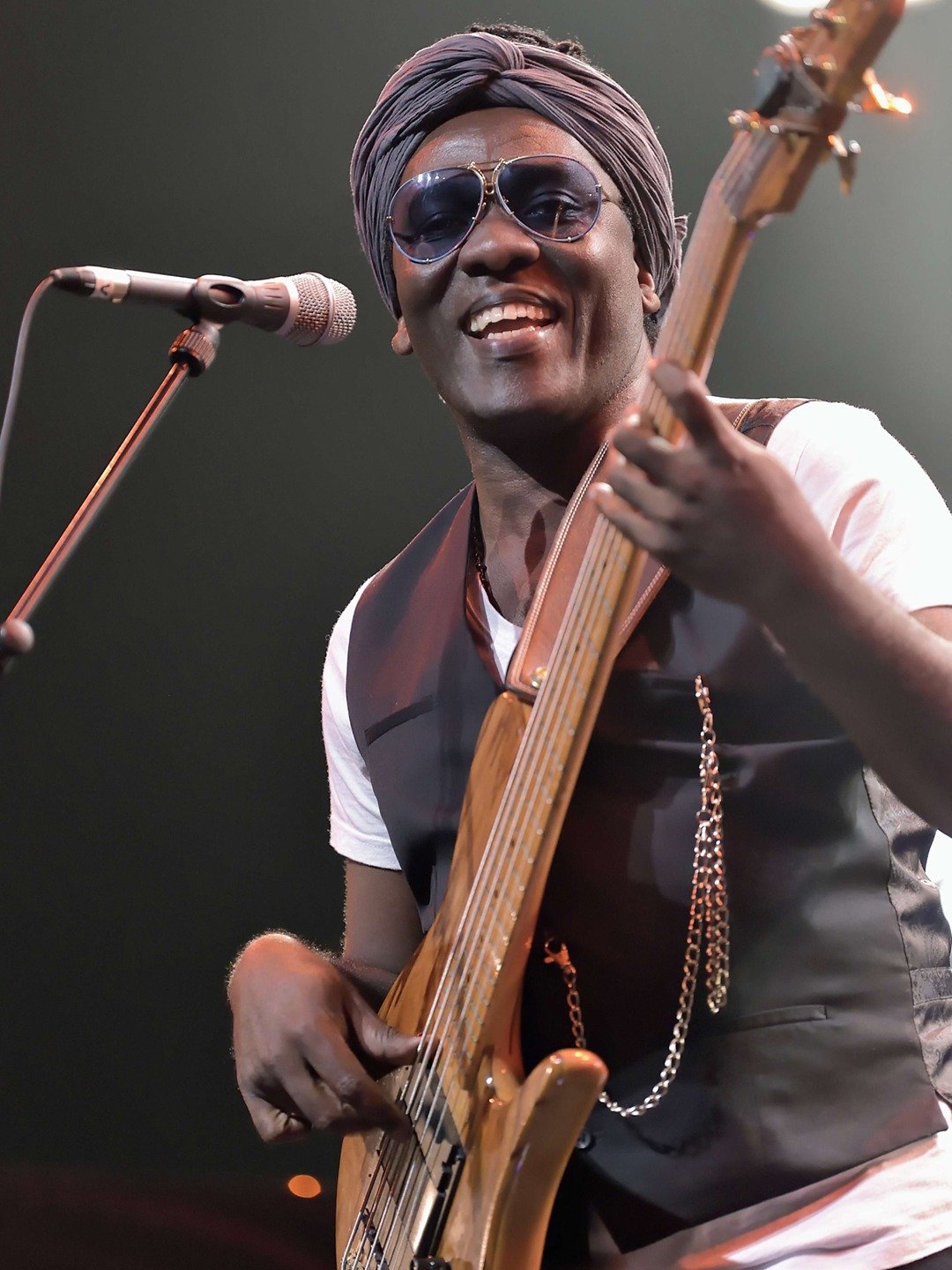 Bona was born in 1967 in Minta, East Cameroon. He grew up in a home full of music. At five years old, Bona began performing in public with his mother and four siblings in the village church. He started out with hand percussion and wooden flutes. He eventually built his own 12-string acoustic instrument. Richard started playing gigs when he was 11 years old, using a rented electric instrument. In 1980, a Frenchman visited his hometown and founded a jazz club at a local hotel. This was a major turning point in Richard’s life. After hearing about the young prodigy, the club owner hired him to form a band. Richard admits that he didn’t know much about jazz, but the gig was very lucrative, so he accepted it. Richard spent his whole day learning how to play the various instruments provided by the hotel. Bona, then 22, moved to Paris in 1989. He soon started working with top French musicians like Didier Lockwood and Marc Ducret. Richard spent seven years in Paris and refined his writing skills, while also immersing himself more deeply in jazz music such as Miles Davis, Chet Baker, and Ben Webster. Since arriving in New York in 1995, bassist-vocalist-composer Richard Bona has been one of the most sought-after talents on the scene. Text contributed by users is available under Creative Commons By–SA License. It may also be available under GNU FDL.