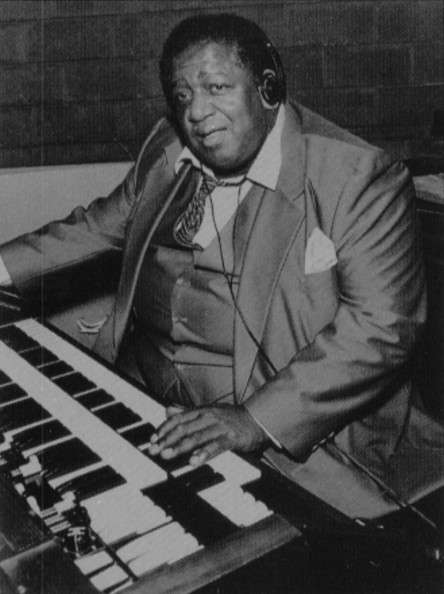 Richard Arnold “Groove” Holmes (Camden, New Jersey, May 2, 1931 – St. Louis, Missouri, June 29, 1991) was an American jazz organist who performed in the hard bop and soul jazz genre. He is best known for his 1965 recording of “Misty”, and is considered a precursor of acid jazz. Holmes’ first album, on Pacific Jazz with guest Ben Webster, was recorded in March 1961. His sound was immediately recognizable in the upper register, but even more so because of his virtuosity in creating, undoubtedly, the most rapid, punctuating, and pulsating basslines of all the jazz organists. Though he died at the age of 60, he established a recognition within the community of jazz organ giants of Jimmy Smith (The Sermon!), Brother Jack McDuff (A Real Good ‘Un), Jimmy McGriff (I’ve Got a Woman). He recorded many albums for Pacific Jazz, Prestige Records, Groove Merchant and Muse Records, many of which featured Houston Person. Holmes died after a long struggle with prostate cancer, having performed his last concerts in a wheelchair. One of his last gigs was at the 1991 Chicago Blues Festival with his longtime friend, singer Jimmy Witherspoon. A year after his death, the Beastie Boys honoured Holmes by adding an organ-based instrumental track, Groove Holmes to their album Check Your Head. from wikipedia