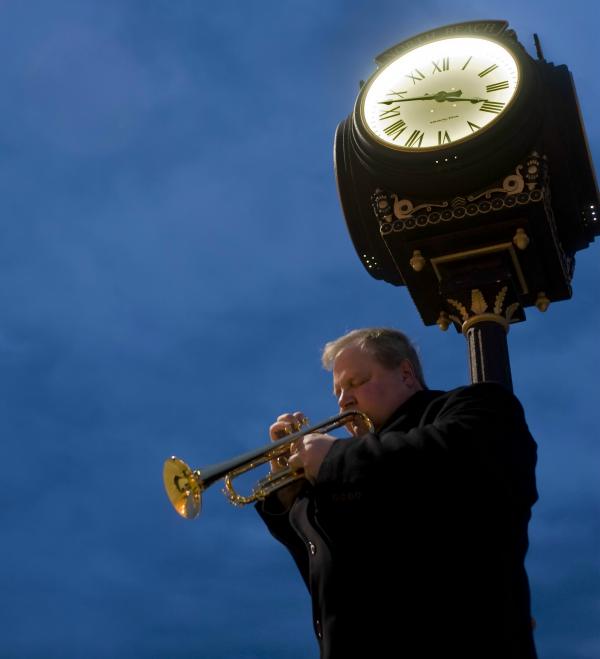 Richard was born in Adrian, Michigan to a musical family that almost everyone knew how to play a musical instrument. He started on the cornet in elementary school. In high school, he switched over to trumpet and began performing in the local area. He has performed all genres of music, including jazz, rock, classical, soul and blues, with various groups in Detroit and Ann Arbor, Michigan, as well as in and around Toledo, Ohio. Richard currently resides in Washington DC and performs there. Richard was diagnosed at the Cleveland Clinic with Primary Amyloidosis. Amyloidosis, a progressive, fatal, and debilitating disease, is rare. He dedicated his time to recording and producing his first album as a leader of a jazz band. He has also pledged to donate a portion of every CD’s proceeds to help raise awareness about this deadly disease and support research into it. Clifford Brown and Miles Davis have all had an influence on him, as has Chris Botti and Louis Armstrong. Richard is rapidly becoming a sought-after trumpeter in the contemporary jazz scene. His latest album, “Songs From My Heart”, has received rave reviews. Richard enjoys romantic, warm music, “intimate Jazz” – music that captures listeners’ attention and creates a relaxed, romantic atmosphere. He wants each instrument to be able to communicate in its own unique voice and its own way, creating rich musical tapestries for the listener. Richard’s music is warm and intimate. It has a romantic, intimate sound. His sound heavily influences by Chet Baker. His music combines the romantic, cool jazz sound from the 50’s with a sense romance, lyricism and passion that stirs both musicians and audiences alike. CDBaby