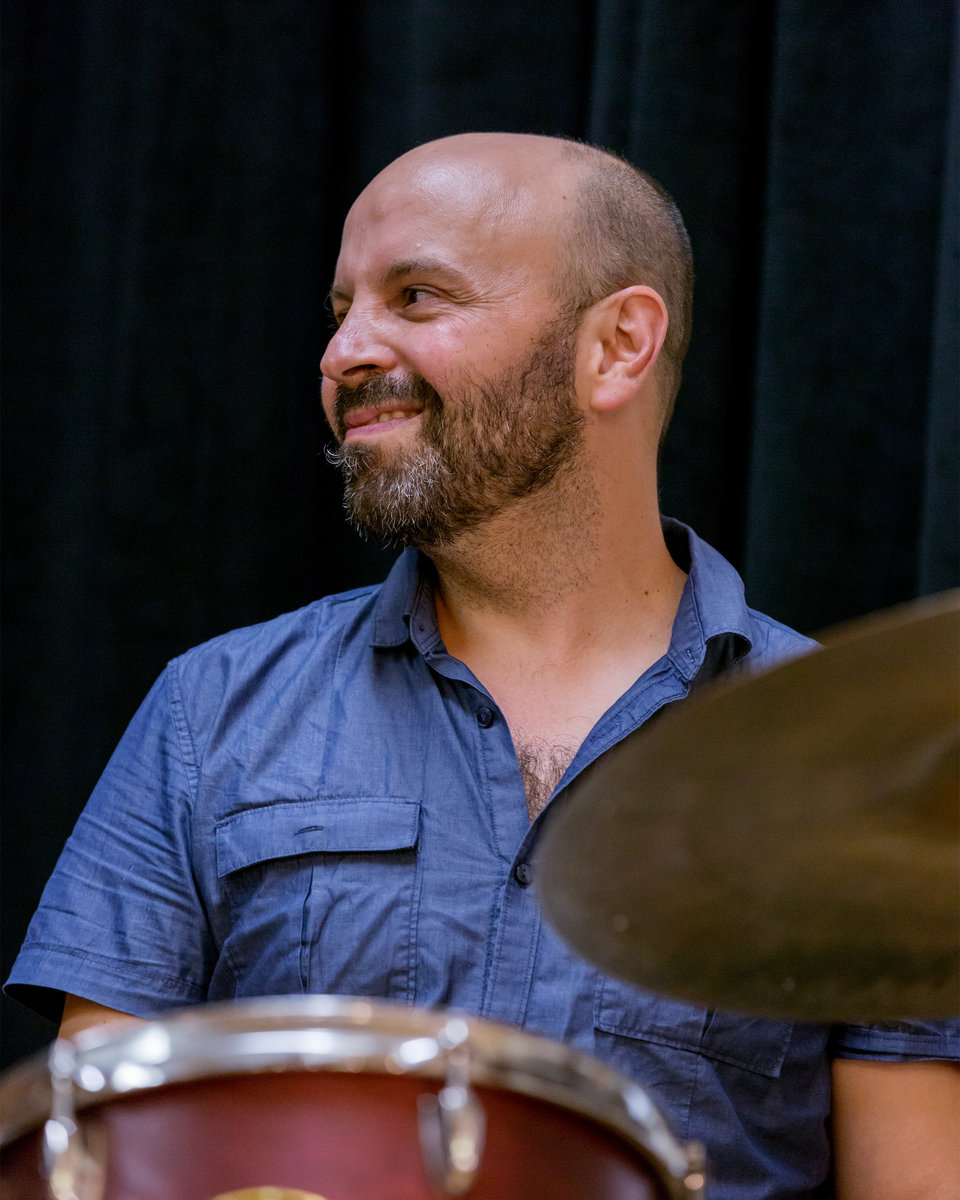 ROB GARCIA-DRUMS/COMPOSITION “A prime movers in the current Brooklyn Jazz scene” (Time Out New York), and “one New York’s greatest jazz drummers and composers.” (Capital New York), Rob Garcia is still a strong presence in New York’s international and New York jazz scene as both a bandleader and sideman. Wynton Marsalis and Joseph Jarman were his bandleaders. He also recorded and performed with Judi Silvano and Woody Allen. Rob has collaborated with many other musicians, including Joe Lovano and Dave Liebman, Diana Krall. Dave Binney, Dave Binney. Donny McCaslin. Marty Erhlich. Jerome Richardson. Bill McHenry. Loren Stillman. John Hebert. Ken Peplowski. Scott Robinson. Howard Johnson. Sonny Fortune. Wycliffe Gordon. Warren Vache. Ted Nash. Over 40 albums have been recorded by him, including the grammy-winning ones. As a bandleader, Rob has released four critically acclaimed albums. His working group, Rob Garcia 4, released the two most recent albums on Brooklyn Jazz Underground Records. His CD “Perennial”, (BJUR 012), was included in the New York Observer’s “10 Best Jazz Albums 2009” list. His group has performed at places such as The Ottawa Jazz Festival and Iridium. Rob also has received grants from Meet The Composer and NYSCA for his performances. Rob is a key player in this new trend for jazz. Artist-run organizations have been very successful in jazz. Connection Works is an artist-run non-profit organization. It presents top-quality jazz performances and offers educational events for the Brooklyn community. Rob is also the founder and executive Director. He is a member the Brooklyn Jazz Underground, an organization of independent artists who share a commitment to creativity as well as community. He is also a founding member the Douglass Street Music Collective. This collective features some of New York’s most innovative and cutting-edge musicians/composers. Rob grew up in Pelham and was exposed to jazz and popular music throughout the 20’s and 30’s. His father, an architect and bass player, owned a collection of 78rpm records that included greats like Louis Armstrong, Duke Ellington and Bix Beiderbecke. Rob was a huge fan of classic rock in his teen years. He was inspired to learn the drums by Keith Moon from The Who. After studying with Bob Merigliano and his influence, as well as his visits to New York City’s jazz clubs with his dad, Rob began to take an interest in jazz. Then he studied with Steve Davis, Charli Persip and Adam Nussbaum, who were all outstanding drummers. Rob has a BA degree from NYU and a MM degree from SUNY Purchase. Rob also has a passion for spirituality and holistic healing. Rob is a graduate of the IM School of Healing Arts and the Institute for Integrative Nutrition. He is also an ordained minister who is not of any denomination. from www.robgarciamusic.com