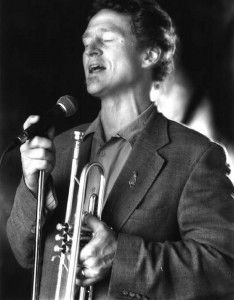 Robert Moore began his singing career at a Southern Baptist church. His gospel truths can still be heard through his soulful music. After a few years as a teacher of music in public schools, he started his performing career. He settled in Birmingham, Alabama. After 25 years in Birmingham, Alabama, he relocated his music to Portland, Oregon. He found a home and a loyal following among the jazz-loving residents of this musically sophisticated place. In his 61-years on the planet, Robert’s music has grown in depth and passion. Robert’s finely-honed vocals, trumpet, harmonica and musical chops are bringing joy to a larger audience than ever before. As well-crafted as his albums may be, you should never miss the chance to see Robert as a veteran performer and band leader. http://romomusic.net