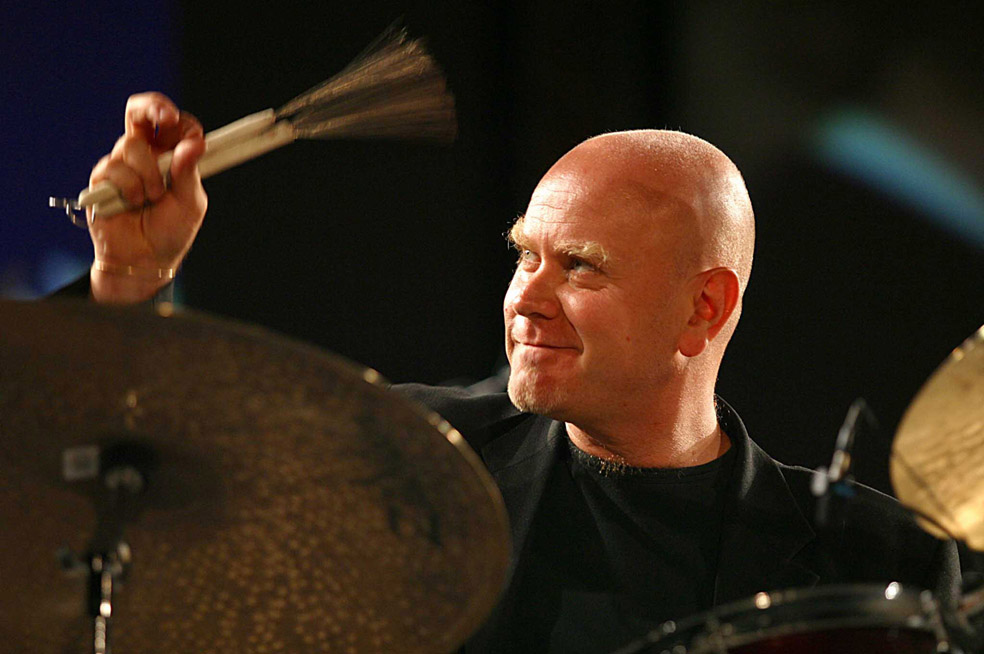 His professional debut was made in 1975 with Trio di Roma (Danilo, Enzo Pietropaoli), and he was born in Rome, Italy, on 6 October 1958. He has played with both his own bands and with international musicians all over Europe and the world. His groups are distinguished by a unique Mediterranean culture warmth and have a fine timbre. Roberto Gatto is undoubtedly one of Europe’s most fascinating composers and drummers. It is no surprise that he is the most well-known Italian drummer, having worked with many artists both inside and outside jazz. His sideman collaborations include: Chet Baker and Freddy Hubbard; Kenny Wheeler, Randy Brecker; Enrico Rava and Vince Mendoza; Kurt Rosenwinkel, Joey Calderazzo and Bob Berg; Steve Lacy, Johnny Griffin, George Coleman and Dave Liebman; Phil Woods, James Moody, Steve Grossman; Lee Konitz, Barney Wilen. Bill Smith, Joe Lovano, Curtis Fuller. Kay Winding. Cedar Walton. Tommy Flanagan. He has released many albums as a leader, including Notes, Ask, Luna, Jungle Three, Improvvisi, Sing Sing Sing, Roberto Gatto playing Rugantino, Deep, Traps, Gatto – Stefano Bollani Gershwin, and more, including A Tribute To Miles Davis Quintet, Omaggio al Progressive, The Music Next Door, Roberto Gattolysergic Band, Remembring Shelly, Chris Potter, Lew Tabackin, Chris Potter, Lew Tabackin, Chris Potter, Mike Moreno, Mike Moreno, Dado, Mike Moreno, and Mark Turner, Lee Tabackin, Travis, Jeff, Dave Moroni, and Niels Henning Pedersen, and others, He has been composing film music for many years. He created the soundtrack to “Nudo di donna”, directed by Nino Mannfredi, with Maurizio Guiammarco, and the soundtracks to “Mignon e partita”, directed by Francesca Archibugi. He was voted the best Italian drummer in Fare Musica’s 1983 poll. He was the Top Jazz poll winner for the magazine Musica Jazz in 1987 and 1983 with Lingomania. He was voted first in the “Your favourites Guitar Club drummer” category in 1988, 1989 and 1990. He was voted the best drummer in the Musica Jazz poll in 2007, 2009, and 2010. He made two videos, “Batteria vol. 1 e 2”. He was the artistic director for the Jazz in Progress project at Teatro dell’Angelo, Rome. He taught ensemble music and drums at the Siena Jazz seminaries for more than 12 years. He was a graduate of Santa Cecilia Conservatory in Rome and the Conservatory at L’Aquila. He is currently the chair of jazz drums at Santa Cecilia Conservatory, Rome. From www.robertogatto.com