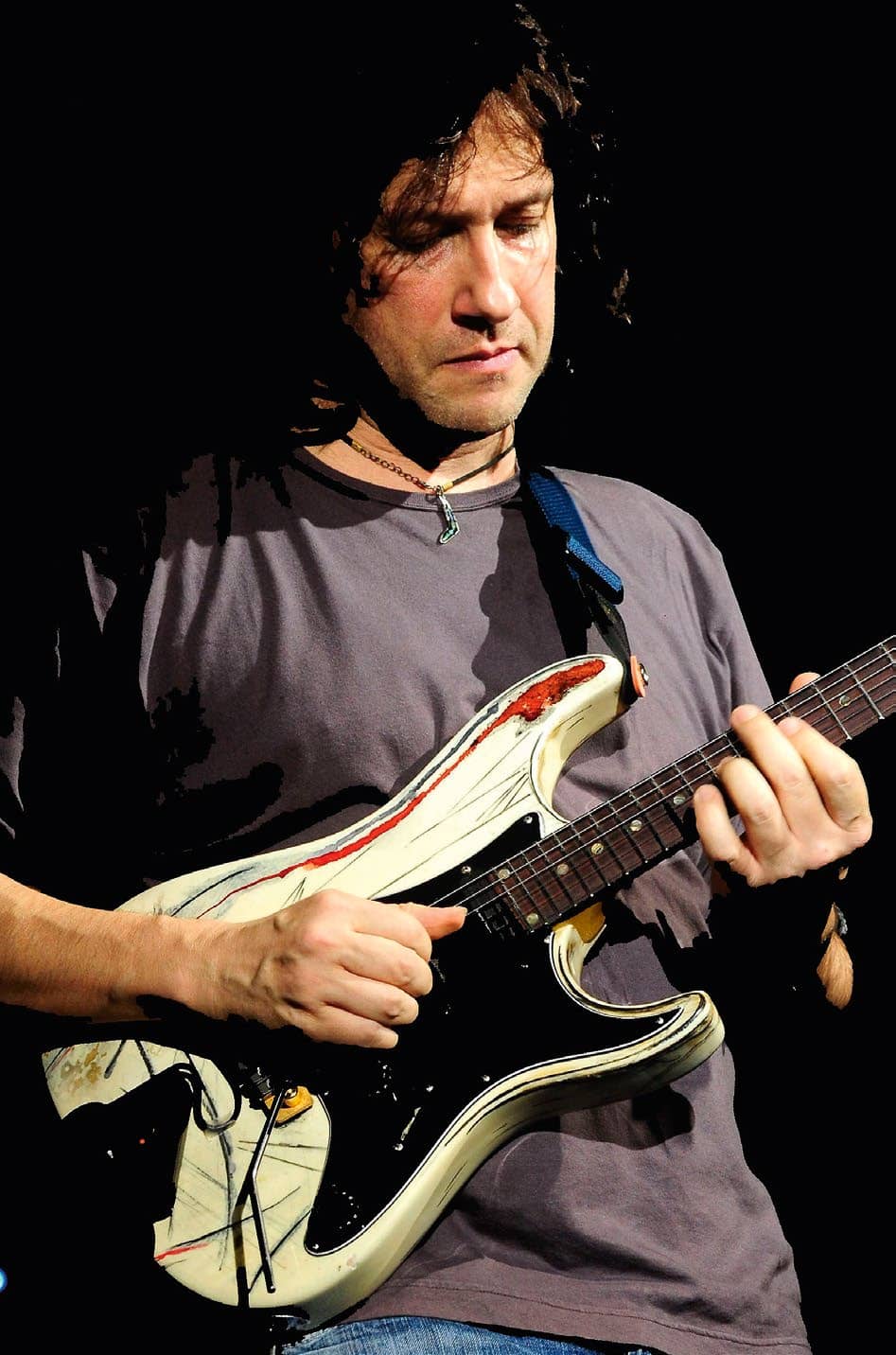 Rocco Zifarelli was the winner of the Eddie Lang Award (1991). This award is for young rising jazz guitarists. He has been the guitarist of Ennio Morricone since 1992. They have recorded scores of prestigious films with him and performed hundreds of concerts at the most prestigious theaters and arenas around the globe. He is a versatile musician who has worked with many international and national artists in different musical fields, including the RAI TV Orchestra, Pippo Caruso and Peppe Vessicchio. He has performed at many international jazz festivals, including in Italy with Rosario Giuliani and Antonello Salis. His CDs include “Lyndon”, which was published in 1998 by Via Veneto Jazz, distributed by Universal, as well as “Music Unites”, which was released January 2019, on his new label “ZETA Records”. Both have great musicians like Paco Sery and Linley Marthe, who are the rhythm section for Joe Zawinul’s group. After an audition in New York, he joined “Mahavishnu” a progressive jazz-rock group with Gregg Bendian and Rob Thomas. They toured the United States as well as Europe with them. After an audition in Paris in 2009, he joined “Defunkt”, an American funk-jazz rock collective that was founded by Joe Bowie. He toured Europe several times and recorded the album “Mastervolt” in 2015. He was invited to join Nathan East and Harvey Mason in the rhythm section at the Quincy Jones 85th Birthday Concert at Umbria Jazz Festival 2018. They performed for artists like Take 6, Noa Austin, Patti Austin, Dee Dee Bridgewater, and others, under the direction of John Clayton and Quincy Jones. He currently teaches Jazz guitar and Pop-Rock guitar at L’Aquila Conservatories. from www.roccozifarelli.com