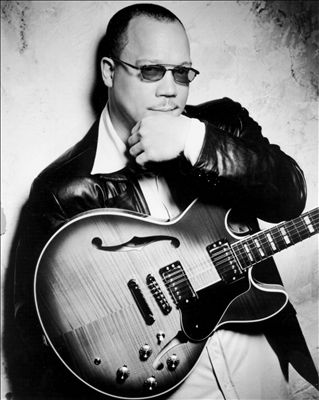 Rodney Jones, a cool-toned guitarist that sounds his best when playing straight-ahead, was his most visible period with Dizzy Gilespie (1976-1979), when Jones was still in his twenties. Jones had worked previously with Jaki byard and recorded with Chico Hamilton. He would continue the association with Gillespie and work as Lena Horne’s accompanist. Jones, as a leader, has recorded for Timeless in 1978 and 1981, the RR label and, in the late ’80s, for Minor Music. Allmusic