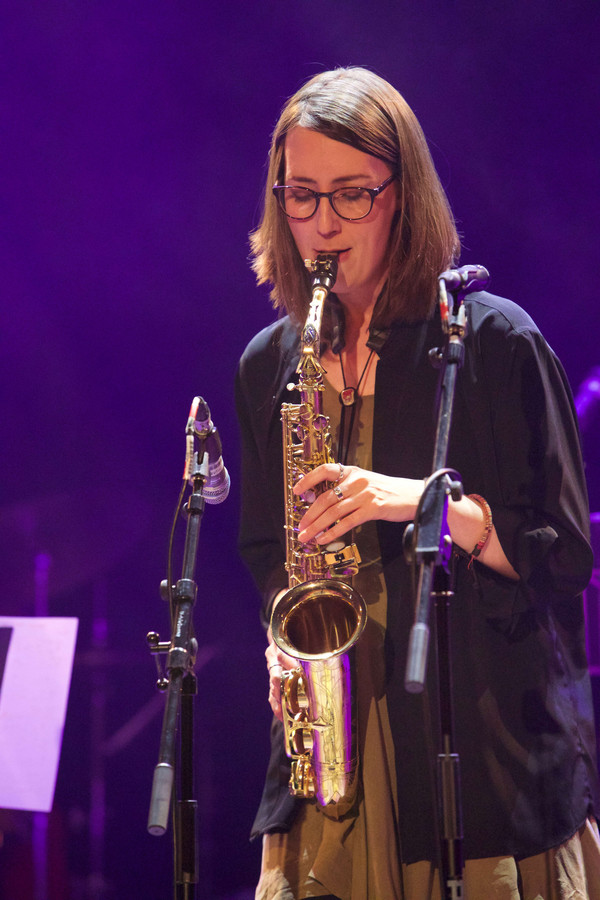 Roz was born and raised in Bristol, but she grew up in Devon. Roz lives in Devon and finds that the pace of her life and beautiful surroundings support her music-making approach. Roz was a music student at Exeter College, where she received great encouragement and had many musical experiences. Roz was taught by Laura Wright, Paul McCLure, and Iorwerth Puugh. He discovered the joy and possibilities of live music. Roz completed a BA Hons Jazz with a specialisation in performance at Middlesex University. She studied the saxophone under Mark Lockheart, an internationally renowned saxophonist. Roz was guided by the talented staff at Middlesex (Stuart Hall and Eddie Parker, Rob Townsend and Nikki Iles), and discovered many aspects of jazz. She also became fascinated with the freedom to improvise. Roz has played many different roles in her career as a musician. She has been active for many years within the UK’s music scene, performing with a variety of musicians and recording projects. Roz has had the privilege of playing live, which allowed her to perform alongside many other musicians, including Issie Barratt and Paul Dunmall, Deirdre Carwright, Dominique Pifarely and Harry Beckett. Roz is a saxophonist in Mike Westbrook’s The Uncommon Orchestra, Kate Westbrook’s GRANITE band and Breath Of Great Life. She also leads her own project SUPERMOOD, which includes Mike Outram on guitar, and Jim Bashford drums. Roz is also working with Tom Glazebrook on Meta-Harmony, his creation. Roz is exploring handmade visual art techniques from 1960s light shows through her SUPERMOODLIGHT SHOW. This adventure is one she’s eager to continue and integrate with her music and other projects. 2018 will see the release of the SUPERMOOD album, and a flood of thoughts about the future expansion of the SUPERMOOD project. What other sounds can you hear inside my saxophone? How do I capture that moment? These are just a few of the experiments that have been made. Visit www.rozharding.com