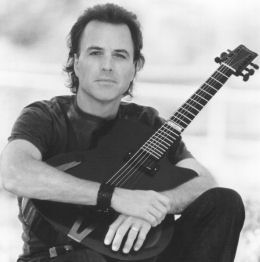 Russ Freeman, guitarist, originally imagined the Rippingtons to be a dynamic group of contemporary jazz musicians. Freeman formed the Rippingtons in 1985 after releasing Nocturnal Playground (1985), his first solo album. The band featured Kenny G on saxophones and Brandon Fields on piano. Moonlighting (1986) was the appropriately named version of the band. In 1988, Kilimanjaro was the first album by the Rippingtons to reach the top of the pop charts. The group was signed to the GRP label in 1989 with Tourist in Paradise. The 1990’s Welcome to the St. James Club, 1991’s Curves Ahead and 1992’s Weekend in Monaco were both top-selling contemporary jazz albums. The Rippingtons were a six-piece band that included Freeman, Dave Kochanski (keyboards), Jeff Kashiwa (saxophone), Kim Stone (bass), Tony Morales (drums) and Steve Reid (percussion). Live in L.A. was released that year. Freeman and David Benoit formed The Benoit/Freeman Project in 1994. Later, Sahara joined the group, changing the billing of the band from “The Rippingtons featuring Russ Freeman to Russ Freeman”.