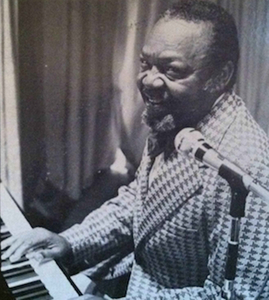 Snookum Russell, born April 6, 1913 and died August 31, 1981. He was an American pianist who led a territory band that played in tobacco warehouses and in dance halls throughout the South and Midwest during the 1930s to 1950s. Russell was born in Columbia (South Carolina), United States. J. J. Johnson was one of the members of his bands. He joined soon after and played with Fats Navarro and Ray Brown as well as Tommy Turrentine, Tommy Turrentine, and Herbie Phillips. From Wikipedia