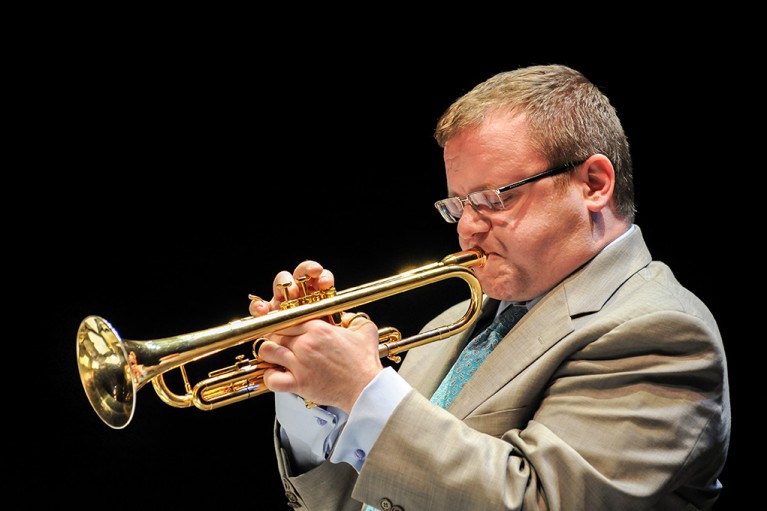 Ryan Kisor, one of the Young Lions, was 17 years old when he won Thelonious Monk Institute for Jazz’s first trumpet contest. His father had taught him trumpet, and he played in a local band at the age of ten. He began studying classical music two year later. Kisor was 14 when he discovered jazz. He quickly developed his skills and played both jazz and classical music in the area. Clark Terry inspired him at a camp for jazz in 1988. He won the Monk contest and was signed by Columbia. Ryan Kisor, whose originality has grown slowly, has been a freelancer around New York since then, most notably with Mingus Big Band, and the Lincoln Center Jazz Orchestra. Allmusic