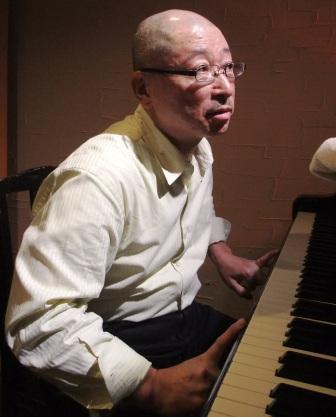 Ryo Fukui (Fu Ju Luang Fukui Ryo; June 1, 1948 – March 15, 2016, was a Japanese jazz pianist who lived in Sapporo). He was a regular at the Slowboat jazz club in Sapporo, where he and Yasuko were its owners. At the age 22 he began learning the piano and released his first album Scenery six years later. His second album Mellow Dream was released the following year. He improved his live performance skills over the years, appearing often in a trio, and performing at the Shinjuku Pit Inn and Kichijoji’s “Sometime” jazz clubs, and the “Jazz Inn Lovely”, in Nagoya. My Favorite Tune was his third album. It was recorded in 1994, and released in 1995. The album has since fallen into rarer condition, with only a handful of CD copies known to exist. In New York followed four years later. It featured the drummer Leroy Williams, the bassist Lisle Atkinson, and was accompanied by the pianist. A Letter From Slowboat is Fukui’s 2015 live album. It was recorded during his time at “Slowboat” jazz club. Fukui was awarded the 2012 Sapporo Culture Encouragement Prize. Fukui, who was suffering from lymphoma, died on March 15, 2016. His widow Yasuko Fukui took over Slowboat jazz club after his death. Fukui’s name has been largely forgotten in the culture world, but he is now more prominent online, thanks to many people recognising his calm style and great talent. From Wikipedia