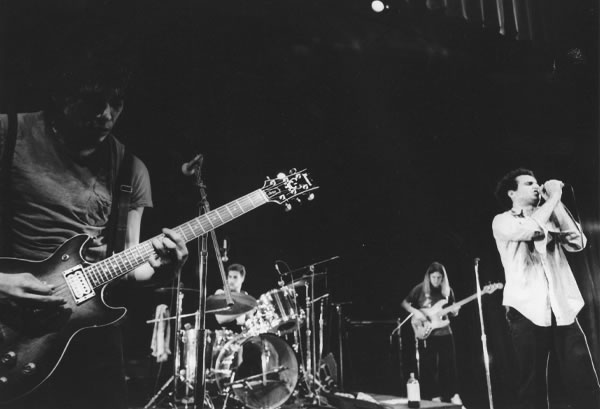 Saccharine Trust, a California post-hardcore group, was founded in 1980 by Jack Brewer and Joe Baiza. They would often perform alongside their SST labelmates Minutemen or Black Flag. Rob Holzman, the drummer, was featured on their 1981 debut Paganicons. However, he left to play in Slovenly and was replaced by Tony Cicero. The band returned to the West Coast after a ten year hiatus. Kurt Cobain ranked Paganicons as one of his Top 50 favourite albums in his journals. [1] Buzz Osborne of The Melvins said in his book Everybody Loves Our Town. An Oral History of Grunge, that the band was hugely influential in terms of atmosphere. Sonic Youth covered “I Am Right” by them on The Melting Plot, an SST compilation. From Wikipedia