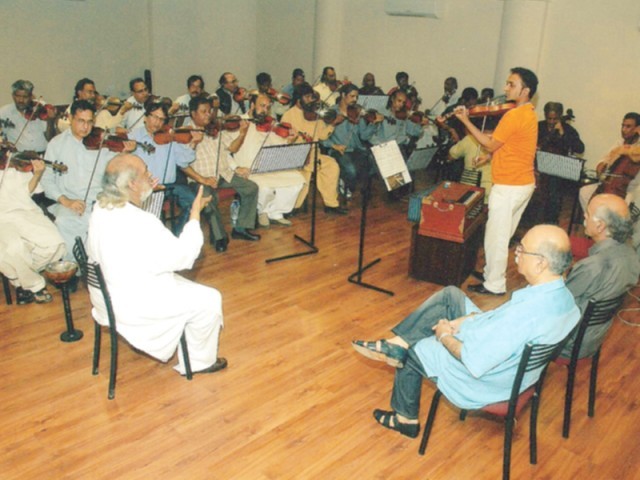 A group of Pakistani veterans musicians have pulled off an unexpected coup. They dominated the western charts with an original jazz album, prompting comparisons to Buena Vista Social Club’s discovery of a lost generation Cuban musicians. With a cover of Dave Brubeck’s Take Five, the Sachal Studios Orchestra captured people’s imaginations. The orchestra combines classical violins with tablas, sitars, and other Eastern instruments. It has received praise from jazz legends – Brubeck, who is 90, said it was “the most interesting” Take Five version he’s ever heard – and helped propel the orchestra’s album to the top of the iTunes jazz charts, both in the US, and the UK. The album features versions of The Girl From Ipanema and Misty, and reached the top 10 in both nations. Riaz Hussain (55-year-old violinist) said, “I’m so thrilled.” “I don’t know how to put it. The 60-member orchestra recorded at the Lahore walled city’s edge. It features local legends and musicians who were recently retired, as well as musicians from poverty. Few people knew anything about jazz before. Izzat Majeed is a millionaire philanthropist from London who created the project. Majeed constructed a state of the art studio for the orchestra eight years ago. Engineers from Abbey Road Studios provided technical support, and western session musicians were hired in Pakistan to play instruments that are not available in Pakistan. from http://www.guardian.co.uk