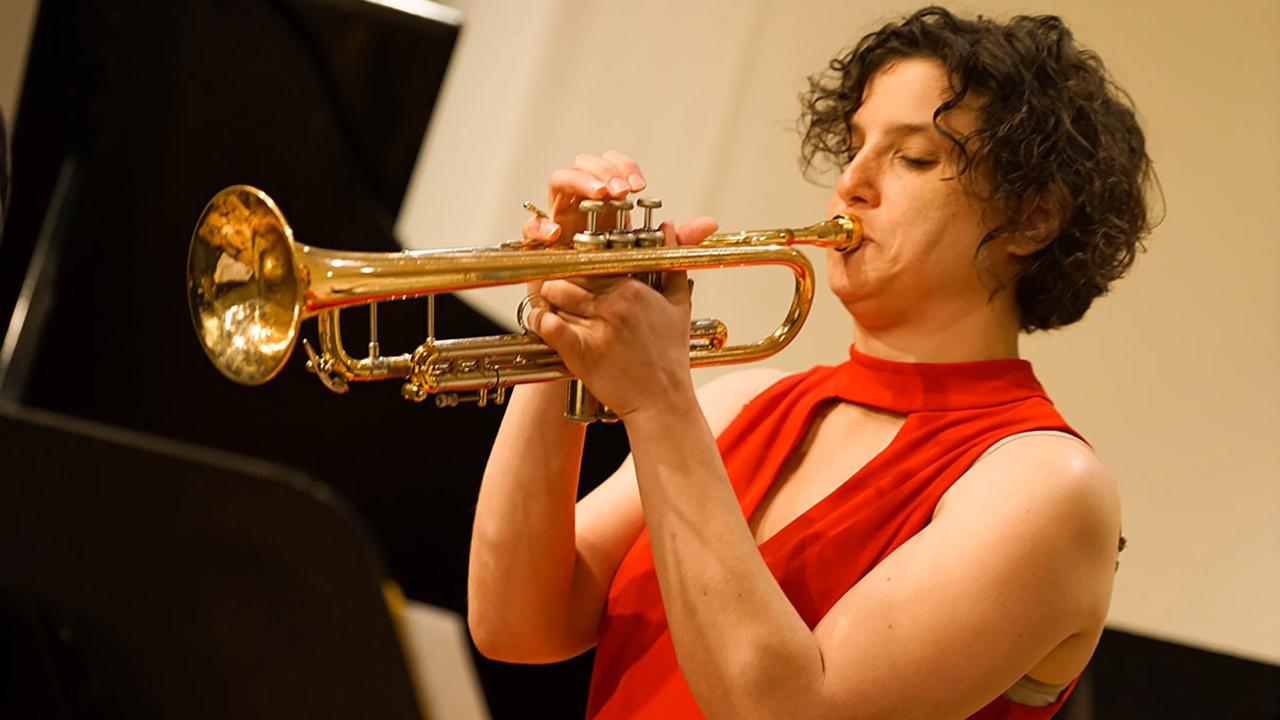 Samantha Boshnack, composer and trumpeter, is a pioneer in sound explorations. She is a leader of these ensembles as well as a contributing composer and member of other groups. Boshnack has been a part of many diverse artists such as Butch Morris and Eyvind Kang. She also collaborated with Bobby Previte, Jim Black and Terry Riley. Boshnack was raised in a household that included many different genres. However, jazz was the king. After growing up with Miles, Dizzy and Morgan as her diet, Boshnack discovered a passion for spice that led to the discovery of contemporary innovators like Steven Bernstein, Steven Barnes, and Dave Douglas. There were also a host of Cuban soloists. Her greatest influences were the latter’s ability to “let loose” and sense of rhythm. This enabled her to be an artist who can play outside of the confines of jazz standard. Boshnack, who studied jazz composition at Bard College proved that not all roads lead directly to New York. She was looking for something new and found it in Seattle where she joined the Monktail Creative Music Concern, a free jazz group. She knew her niche after an impromptu performance with MCMC. Boshnack found her niche thanks to the encouragement from local musicians and the friendly atmosphere of the scene. She hasn’t looked back. She has been active in many musical and theatre settings over the next ten years, and she has also made connections with extraordinary musicians. For seven years she toured the country and internationally with Reptet, a modern jazz band that featured mainly her compositions. She released four albums. In 2011, she founded the B’shnorkestra and released Go To Orange in 2013. This album was a critical success. Her Quintet, named after her, brought together players who had never before worked as a group. The results were nothing short of incendiary, hence the title of their debut album, Exploding Syndrome, released in 2014. Alchemy Sound Project, a composer-led group featuring the work of Sumi Tonooka and Erica Lindsay, Salim Washington, David Arendt and Boshnack, released their first recording, Further Explorations, on Artists Recording Collective in May 2016. Travis Rogers, Jr. (JazzTimes), described the album as “a musical pilgrimage which searches the horizons, and moves beyond them.” “The compositions are inspirational and intelligent and the performance artistry of this album is exemplary,” Boshnack, Jr. (JazzTimes) said. She released Global Concertos in November 2016 with her B’shnorkestra. The five concertos were interconnected and each featured a soloist from a different continent. Paul Rauch (All About Jazz), said about this album, “B’shnorkestra offers both compositional brilliance and improvisational flexibility… notions of freedom, spiritual unity, and musical landscape are beautifully expressed by Boshnack’s modular transitions providing a musical environment not “fragmented by cultural bias.” This was in honor of the 400-million-year-old fish, Coelacanth, which is now endangered. These and other contributions have helped to raise and support individual expression in larger groups and to create a new chapter in Boshnack’s ever-expanding sonic map. Boshnack has been supported and commissioned by New Music USA, Meet The Composer. Jack Straw Productions. New York Foundation of the Arts. Earshot Jazz. She will be a composer fellow in 2019 at the Gabriela Lena Frank Creative Academy of Music. She was a participant in the 2012 Jazz Composers Orchestra Institute at UCLA and has been a part of two Atlantic Center for the Arts Master Artists-in-Residence programs. She has recorded or performed with many artists, including Wayne Horvitz and Butch Morris, Eyvind Kung, Jessica Lurie, Bobby Previte and Amy Denio. from samanthaboshnack.wordpress.com