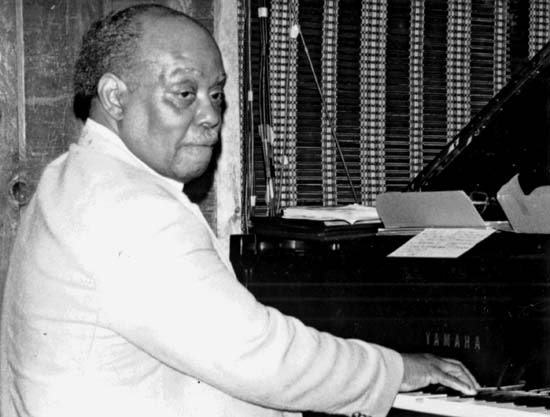 Sammy Price was a versatile blues- and boogie-woogie-based piano player who had a long and successful career. In Dallas, he studied piano and performed as a singer and dancer in Alphonso’s band from 1927-1930. He recorded one side in 1929 under the name “Sammy Price u0026 His Four Quarters.” After spending a few years living in Kansas City, Price moved to Chicago and Detroit. Price was appointed Decca’s house pianist in New York in 1938. He also appeared on numerous blues sides alongside such artists as Sister Rosetta Tharpe and Trixie Smith. In the early ’40s, Price led his own band that included Lester Young on one memorable session. Price was a steady worker on 52nd Street. He played with Mezz Mezzrow at the Nice Festival in 1948, then spent time in Texas and then for ten years with Red Allen. He was also heard on many of the rock stations.