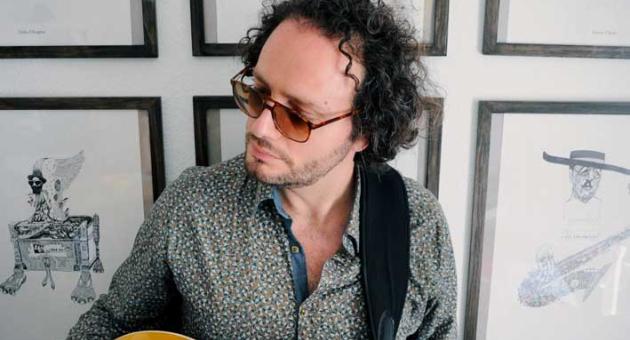 Born in Malta in 1975. After years of studying classical guitar, Sandro was inadvertently caught in a musical limbo. He was simultaneously listening to Sonic Youth and Heitor Villalobos. After this post-adolescent trauma, he dedicated himself to jazz. Traumatized by John Scofield’s performance at the Malta Jazz Festival. In search of an ‘identity,’ he painstakingly dismembered the jazz standards from Malta. His second album, URBAN POETICS, (PJU recrds), featured Laurent Coq as a pianist, Yoni Zelnik playing doublebass, and Karl Jannuska as drummers. Urban Poetics was praised by many. Sandro’s third album, THE BIGGER PICTURE (PJU Records), was released in 2014. It features Fred Pasqua on drums and Olivier Zanot on alto Sax. Yoni Zelnik plays bass, Laurent Coq on guitar, and Yoni Zilnik on bass. This album was praised by critics as a landmark in Sandro’s work. Sandro, guitarist Romain Pilon, and saxophone player David Prez are founding members of the jazz collective/record label Paris Jazz Underground. He is also a passionate lover of Brazilian music, and has collaborated extensively with Brazilian artists like Sergio Krakowski, Catia Werneck and Aline de Lima. He has contributed to the arrangements of Jiji’s albums and often collaborates with her singer Jiji. He graduated with honours from the University of Malta in music and moved to Lyons, the capital of tripe sausage. He began gigging, met Ornette Coleman and ate more tripe sausage. He graduated from Lyons Conservatory with a medaille in jazz guitar. In search of more mental deelibrium, he moved to Paris where he has lived since. He has won several awards at the successive editions La Defense National Jazz Contest and is very active in the local jazz scene. Sandro is often heard playing with his own quartet, Nico Gori European 4, Robin Nicaise 6, Decaphonic Orchestra and Fabio Accardi Band. In an attempt to lose weight, he can also be seen running in Vincennes Park. Sandro has never stopped loving Heitor Villa Loobos. He is a highly sought-after accompanist for Brazilian music projects. He has performed with Aline de Lima (Singer), Catia Werneck (Singer), Marcia Maria (Singer), Johanne Sayada (Pandeirista Sergo Krakowski). Sandro still seeks an experience that is comparable to the one he had while sipping caipirinhas in Ipanema at sunset. Sandro has traveled to France, Belgium and Italy, S.Korea. He also visited Brazil, Switzerland, Cyprus. Greece, Malta, Turkey, and Cyprus. Although he is still not able to figure out how to achieve his financial goals, he has learned how to make good porcini risotto. Visit www.sandrozerafa.com