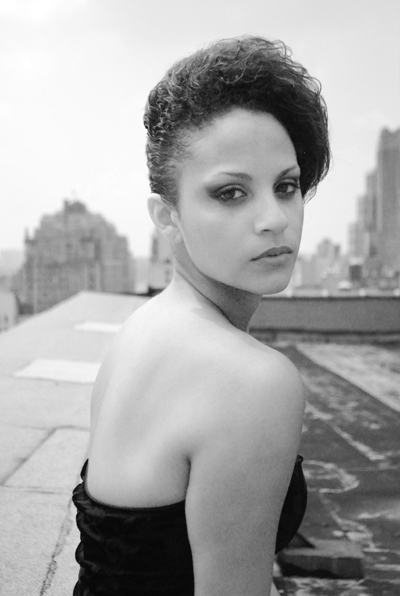 Sarah Elizabeth Charles is a singer and composer based in New York City. Sarah’s unique musical style is a highlight of her music. Her art focuses on modernizing old songs and creating original compositions. Currently, Sarah is a member of two performance/recording projects including Manner Effect and The Enoch Smith Jr. Trio. She is also the bandleader for her own group, the S.E.Charles Quartet, performing and recording her own compositions/arrangements. Sarah has performed with these and other groups at many venues in New York City, including The Apollo Theatre, Blue Note NYC, The Iridium. Smalls Jazz Club, Zinc Bar NYC and New York Couture Fashion Week. She has also performed outside the city, including at the International Bern Jazz Festival in Switzerland where she played alongside Jack DeJohnette and at The Kennedy Center in Washington DC as part of the Betty Carter Jazz Aheadcomposers Residency 2009. Gillette Stadium and The Northampton Center for the Arts. Sarah started her career in Springfield, MA. She studied and played throughout New England. Sarah learned and was inspired by acclaimed musicians from The Community Music School of Springfield, and workshops that included Dr. Billy Taylor’s Jazz in Jul program at UMASS, Amherst, and The Vermont Jazz Center’s Summer Workshop. She says that her first musical experiences rooted her into an artistic space that would guide her throughout her musical development. Sarah then moved to New York City, where she received a BFA degree from The New School for Jazz and Contemporary Music and an undergraduate degree from Eugene Lang College. Sheila Jordan, Geri Allen and Dr. Billy Taylor have been her musical mentors since the beginning of her career as a jazz musician. She has also had the privilege to work with Junior Mance and Richard Harper as well as Janet Lawson and Carmen Lundy. Sarah has been greatly influenced by the work of many masters, including several others. Sarah’s music, which was released on the same day as her Quartet’s debut album, “Red”, has grown to be diverse, touching on everything, from originals that are unique, to modern arrangements of jazz standards, and reworkings of Haitian folklore songs. She brings out her creative energy through each arrangement and original composition. Her unique voice acts as the link between songs in her diverse repertoire. This energy creates a sound environment rich in jazz, soul and folklore, drones modal homes, engaging harmony and rhythmic variation. The S.E.Charles Quartet is Sarah, Jesse Elder (piano), Burniss Travis (bass) and John Davis (drums). They have been working together for two years to create the sound they have today. It is rooted in musical intuition and strong personal connections. Sarah describes her band as “…the perfect match when she thinks back to its formation. There are four of us with very different musical styles. This can be a recipe for disaster or a masterpiece. In our case, we have managed to thrive, creating beautiful art with the help of our differences. The debut EP of the S.E.Charles Quartet, “Red”, will be released on September 4, 2012. It is the result of two years spent perfecting the group’s intricate aesthetics. Sarah says, “This project speaks to me, my passions and my love, as well as my sadness, strength, weakness, curiosity, and smiles.” This recording is a culmination of all these elements. I can confidently say that it will be my first album that is entirely and utterly mine. But the most interesting thing that we’ve all come to realize along the way is that this recording is also completely and utterly us: Sarah, Jesse, Burniss and John…the S.E.Charles Quartet.” from www.truthrevolutionrecords.com