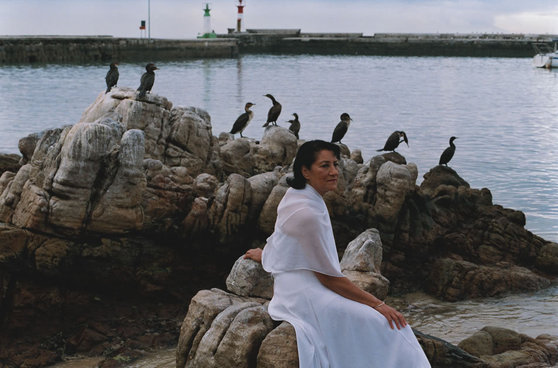 Satima Benjamin, an enchanting and evocative singer, has recorded several albums as a leader since she joined Abdullah Ibrahim (her husband’s) band in the 1970s. Benjamin has recorded and performed show tunes, standards and original music. She also improvised jazz and her originals. Benjamin and Ibrahim, then known as Dollar Brand, met in South Africa towards the end of 1950s. They emigrated to Europe in the ’50s and met Duke Ellington in Switzerland in 1962. He sponsored recordings of the two, but Benjamin’s first release was not until 1996. Ellington eventually invited her to sing with his orchestra at Newport (1965), and she recorded her first complete set (1979) as a leader. Sathima Bena Benjamin has been a leader on dates for BlackHawk and Enja and has used the talents of Kenny Barron and Buster Williams. Allmusic