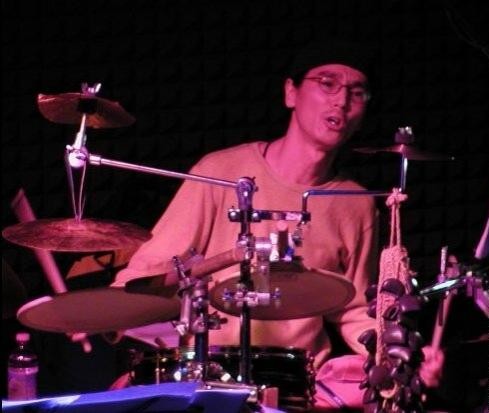 Satoshi Takeishi is a drummer, percussionist and arranger from Mito Japan. He studied music at Berklee College of Music, Boston, Massachusetts. He was at Berklee when he became interested in South American music and went to Colombia on the invitation of a friend. He lived there for four years and made many friendships and musical connections. He was also involved in the “Macumbia”, a project he did while in Colombia with Francisco Zumaque, composer/arranger. This project combined traditional, jazz and classic music. He performed with this group in concert with the Bogota Symphony Orchestra to honor the music of Lucho Bermudes, the most famous Colombian composer. He returned to the U.S., where he started his career as an arranger in 1986. He produced “Morning Ride”, a jazz flutist Nestor Turres’ album on Polygram Records in 1987. He became interested in the rhythms and melodies from the Middle East, where he studied with Joe Zeytoonian, an Armenian-American ordist. He has recorded and performed with many musicians since his 1991 move to New York, including Ray Barretto and Carlos “Patato” Valdes, Eliane Elias and Marc Johnson. He continues to explore multi-cultural and electronic music as well as improvisational music together with New York musicians and composers. from http://home.earthlink.net