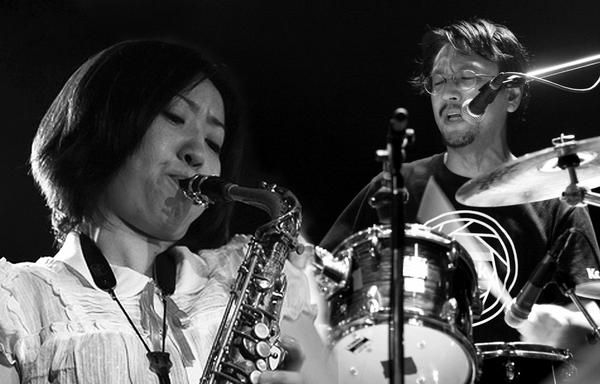 Tatsuya Yoshida (drums), and Ono Ryoko(alto Sax), formed the duo to perform RUINS songs in 2006. They have only performed a handful of live shows. They are known as Sax Ruins and have reorganized the orchestration of Ruins to include the saxophone. The result sounds like a big band playing progressive Jazz Core. ONO RYOKO is an improvisational musician based in Nagoya Japan. She is also a jazz, rock, funk and rhythm guitarist.