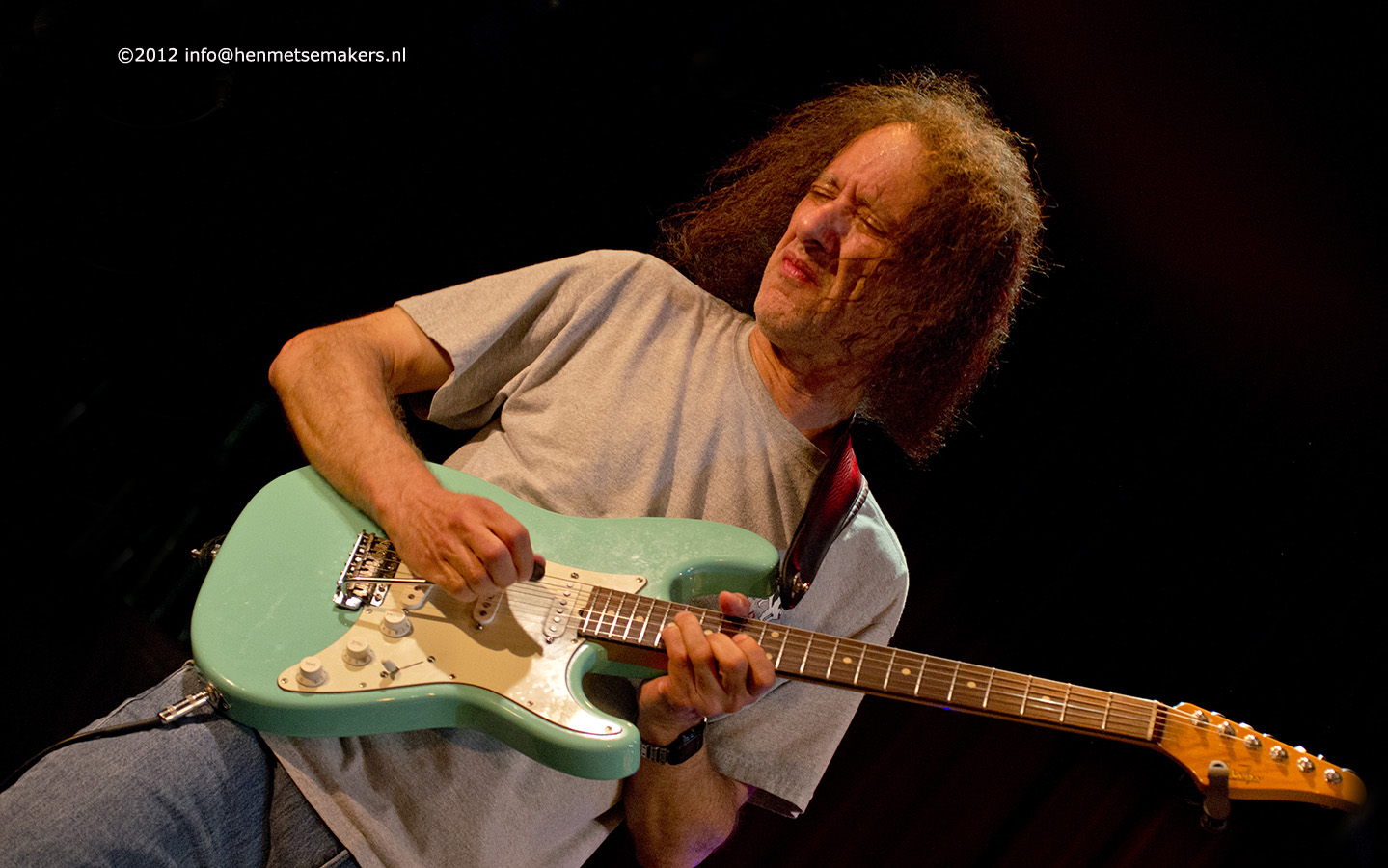 Scott Henderson was born in 1954. He grew up during a time when blues-rock was at its peak. He spent his formative years in South Florida, where he was a member of many bands that included everything from Led Zepplin and James Brown. Henderson was inspired by Jimi Hendrix and Jeff Beck as he learned his instrument. He also was influenced greatly by Buddy Guy and Albert King, who were great blues guitarists. Although Henderson says he is more blues-rock than a musician, it was his love for jazz that led to the style and composition that he is known for. Scott attended Florida Atlantic University and then moved to Los Angeles, where he recorded and played with Chick Corea’s Elektric Band with Jean-Luc Ponty and Jeff Berlin. He also performed and recorded with “Players” and Weather Report’s Joe Zawinul for four years. Henderson founded Tribal Tech with Gary Willis in 1984. After nine critically acclaimed albums and the release of “Rocket Science”, Henderson is a top-class composer and player. Guitar World named him the #1 Jazz Guitarist in 1991. Guitar Player’s annual Reader’s Poll in January 1992 named him the #1 Jazz Guitarist. His first solo album, “Dog Party”, was a welcome return to his musical roots. It won Guitar Player’s 1994 best blues album award. The second blues album by Mesa/Bluemoon Records features Henderson and legendary singer Thelma. “Tore Down House” came out in April 1997 and received four stars in Jazz Times and Guitar Player, Guitar Shop and L.A Jazz Scene Magazines. His third and most successful work as a leader is “Well to the Bone”, which is currently being performed live by his band, with Travis Carlton on bass guitar and Alan Hertz on drums. They have toured extensively throughout the U.S., Europe and South America, performing music from both the blues albums and some Henderson’s music recorded at Tribal Tech. Scott also has two albums released with “Vital Tech Tones”, which is a trio collaboration between Victor Wooten, bassist, and Steve Smith, drummer. Scott is a highly sought-after musician, as is the case often with musicians of Scott’s calibre. He is eager to share his knowledge with current guitarists. He is a faculty member at Musician’s Institute, Hollywood. He has also written columns for Guitar Player Magazine, Guitar World Magazine, and Guitar School Magazines. Alfred Publishing has published Henderson’s instructional DVD, “Scott Henderson-Jazz Rock Mastery”, which combines his two videos, “Jazz Fusion Improvisation” and “Melodic Phrasing”. Alfred also published his first transcription book, “The Scott Henderson Guitar Book”. Alfred has also published his first transcription book, “The Scott Henderson Guitar Book”. from http://www.scotthenderson.net/