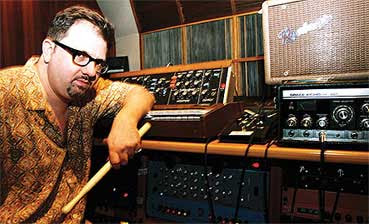 Engineer/producer/remixer Scott Harding, aka Scotty Hard, was a Canadian native (from Vancouver, British Columbia) who made his name in New York as part of the burgeoning hip-hop scene. He worked in the background of a variety of projects with hip-hop stars, including Cypress Hill and Boogie Down Productions. WordSound Recordings released his first album, Return of Kill Dog E in 1999. This label is dedicated to hip-hop underground music. It featured a distinctive, sludgy mixture of beats, noise, and bass that reminded Kid Rock and other white-boy metal rappers. Hard was also featured in several WordSound compilations including Crooklyn dub, Vol. 2 and Subterranean Hiz. He began to work with jazz musicians like Martin and Medeski.