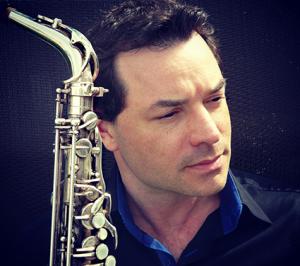 Sebastien Texier, a clarinetist and saxophonist, is an integral part of his father Henri’s cinematic world-jazz journeys along the Strada Sextet or Red Route Quartet. The jazz world has been impressed by the ease with which the younger Texier explores the territory of Ornette Coleman-like freebop, and uninhibited improvisation. This is his recording debut with his new trio. He has Claude Tchamitchian and Sean Carpio playing drums, and Henri on three tracks. This venture will be a great fit for those who have been following the work of the former. The show’s opening lyric is Lilian’s Tears. It features a gentle sax dancing over a bass beat. Pain de Singe’s honking clarinet, and battering percussion soon interrupts the show, before Texier moves into a cruising swing later in this same tune. On the lilting Redman, they converse (Texier Snr firm, Tchamitchian slippery) and Hyena’s Night transforms from a Lee Konitz-like rumination into stormy multiphonics. The title track sounds like it could be the soundtrack to a nature documentary. There is a delicate tango. Ingenious ways are being taken to preserve the Texier tradition. From www.theguardian.com