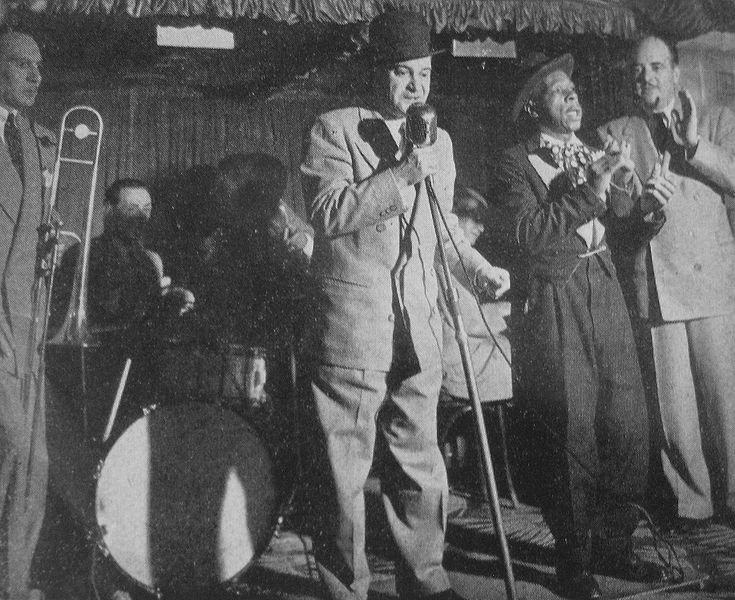 Sharkey Bonano, a native of New Orleans, played in local bands such as Freddie Newman and Chink Martin during the early ’20s. He later moved to New York, where he unsuccessfully auditioned with the Wolverines. He was offered a job with Jimmy Durante, the pianist. He returned to his home in the next year to start his own band. He joined the Jean Goldkette Orchestra in 1927. It featured Frankie Trumbauer and Bix Beiderbecke. Between 1928-1930 Bonano was the leader of his own band, the Melody Masters with Leon Prima. Bonano returned to New Orleans where he lived from 1930-1936, after playing in California with Larry Shields, the clarinetist of Original Dixieland Jazz Band. After working with Ben Pollack in 1936, Bonano formed his own New York-based band, the Sharks of Rhythm. This group produced much of his best work. He also performed sporadically with ODJB around that time. After serving in the military during World War II, Bonano began playing around New Orleans. His outgoing personality and musical talent gained him a large audience. He led his own groups from 1949 to the 1960s; Bonano was active in New Orleans, Chicago and New York until his death in 1965. Allmusic