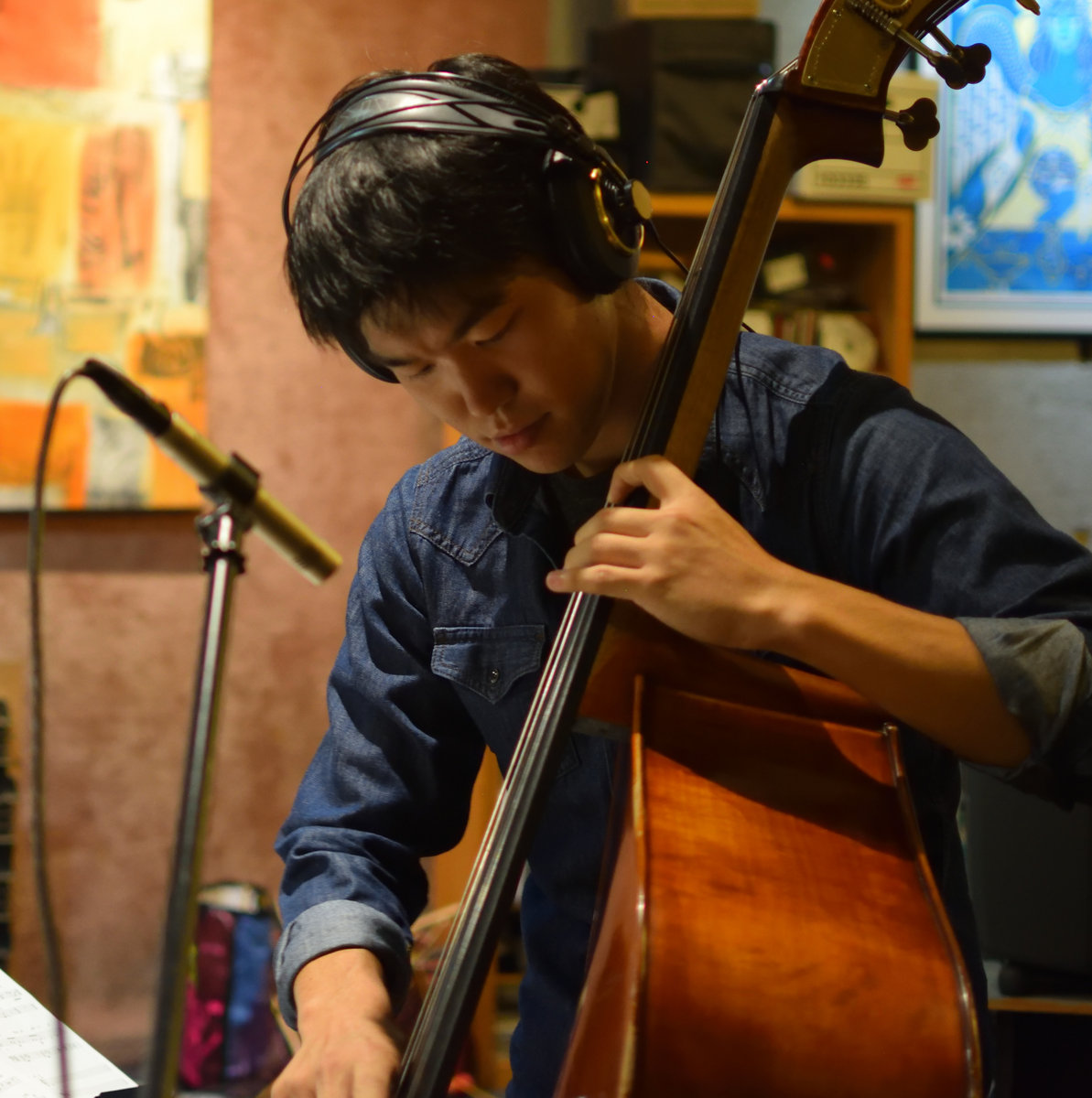 Shimpei was born in Okazaki (Aichi), Japan in 1994. He started playing electric bass when he was 13. After participating in a workshop for jazz big bands, Shimpei would soon switch to an upright basse and fall in love with jazz. Tsuyoshi Shimada taught him and he played in the Okazaki Junior Jazz Orchestra “Beans”, where he learned the styles of Count Basie, and other famous musicians from the “swing era”. Shimpei, who moved to Tokyo in 2012, began playing in local venues and studying classical bass and jazz with Osamu Kichi and Yasuyuki S. Shimpei began playing professionally in Tokyo with Shun Ishikawa and Tomoaki Baba. He also went on a national tour along with the Shun Katayama Quartet. He also played with the Keio Light Music Society, and shared the stage alongside several New York-based musicians like Franky Rousseau or Ryan Keberle. The same group toured New York in 2016 and performed at the Jazz Gallery alongside Donny McCaslin. Shimpei later moved to San Francisco Bay Area to study at the California Jazz Conservatory. He studied jazz bass with Jeff Denson and electric bass with Scott Thompson, as well as classical and tango music and Sascha Jacobsen. He was selected to be the school’s bassist and went on a European tour, playing at many jazz festivals, including Montreux in Switzerland, Umbria in Italy, and Edinburgh, Scotland. Shimpei moved to the Bay Area in 1999 and has since played with Bob Kenmotsu and Faye Carol. He also performed with Terrence Brewer and Erik Jekabson. Shimpei is also an active arranger and composer. He has recorded original compositions, and is the current arranger for his bass-vocal duet with Noa Levy. Awards In Japan 2012 Asakusa Jazz Festival: 3rd Place (Kai Ichikawa Quartet) 2015 Yamano Big Band Contest: 1st Place (Keio Light Music Society) In the U.S. 2018 Reno Jazz Festival 2018 Jazz Search West Competition: 2nd Place 2019 International Society of Bassists Competition: Semi-finalist from https://basshipogw.wixsite.com/shimpeiogawa