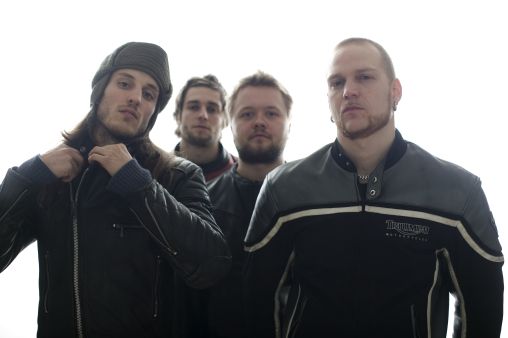 Shining is a Norwegian rock band. It started as an acoustic quartet in 1999. Since then, their sound has evolved to include elements of metal and progressive rock along with 19th- and 20th-century classical music. Shining was formed in 1999 by saxophonist and multi-instrumentalist Jorgen Munkeby. Munkeby had just moved to Oslo to attend the Norwegian Academy of Music and needed a band to perform at a concert that he had booked. He didn’t know anyone so he searched among his classmates for bandmates. He met drummer Torstein Lofthus, pianist Morten Qvenild, and bassist Aslak Hartberg. Their debut album, “Where the Ragged People Go”, was released on 5 November 2001. Shining was an energetic and modern acoustic band that gained a lot attention in a time when future jazz was dominating the Norwegian jazz scene. Their music was a contrast to Jaga Jazzist’s, of which Jorgen Munkeby was a member since 1994. Their second album Sweet Shanghai Devil, which Jazzland Recordings released in 2003, further developed their Ornette Coleman and John Coltrane-inspired sound. Their music evolved, adding more elements outside of the jazz idiom but remaining purely acoustic. 2005 saw a major transformation in Shining’s music. Their third album, In The Kingdom of Kitsch, You Will Be A Monster, was released. This album featured progressive rock and metal mixed with experimental jazz as heard on Sweet Shanghai Devil. Munkeby’s woodwind instruments were supported by the Akai Electric Guitar, electric guitars, and synthesizers. Aslak Hartberg’s double basse was almost entirely replaced by an electric bass. The album also featured drum machines, along with a variety of other less-common instruments like the harmonium, accordion and celesta. Shining has now signed with Rune Grammofon (a record label that specializes experimental and improvised musical compositions). The band had also created a new way to record albums. They now record parts of songs in different locations than they did with their previous albums. These parts were then combined in the studio with Kare Christoffer Vestrheim as producer. Munkeby stated that Motorpsycho was the inspiration for the change to a rock-centric sound and that Olivier Messiaen was a strong influence on the album. It was a success. The Kingdom of Kitsch, You Will Be A Monster was well-received by Norwegian and international critics. It was also included in the best new music section at Pitchfork. It would go on to win in 2006 the Alarm Award for best jazz album. Between the recording and its release, Morten Qvenild left Shining as a pianist. Andreas Hessen Schei replaced him. Morten Strom would replace Aslak Hartberg as bassist for their fourth album, Grindstone. Shining continued the same style as In the Kingdom of Kitsch on Grindstone. It was released on Rune Grammofon January 2007. Although the album had some softer tracks, the compositions were more tight and the music was generally harder. Other than metal, the album featured more classical influences and included elements of noise and drone. Grindstone, like its predecessor, won the Alarm Award in 2007 for the best jazz album. Blackjazz, Shining’s fifth album, was released on Indie Recordings 18 January 2010. The album’s title describes Shining’s sound. Blackjazz is harder and more intense than any other. Jorgen Munkeby focused on guitars, saxophone and the instrumentation was much simpler than the previous albums. The album’s sound is closer to what it sounds live. Songs from the previous albums had to be simplified in order to make them sound better live. Blackjazz is clearly influenced by Shining’s collaborations with Enslaved. The album’s debut single, Fisheye is a revised version of The Armageddon Concerto’s seventh movement. The vinyl version of Blackjazz also includes a studio version as a bonus track. Blackjazz closes with a cover of 21st Century Schizoid Man featuring guest vocals from Enslaved’s Grutle Jjellson. Wikipedia