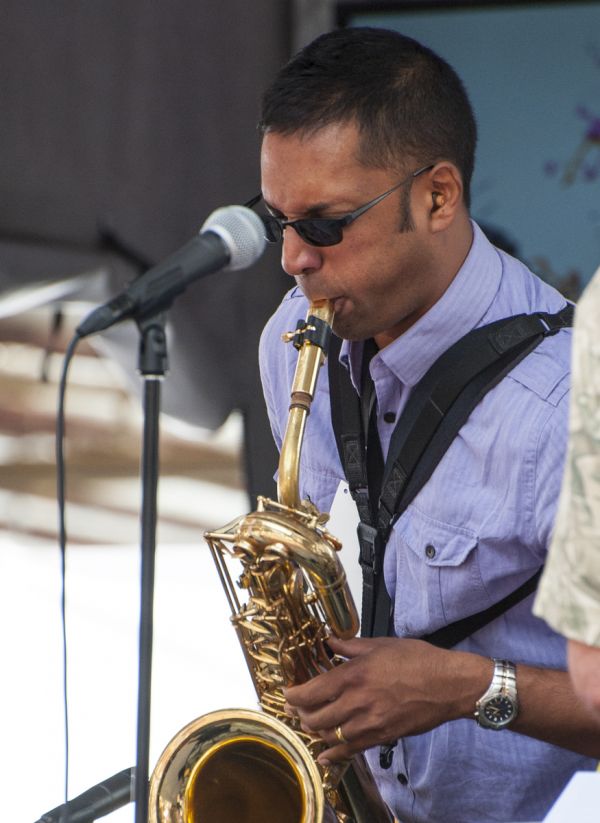 Shirantha Beddage, a Canadian baritone saxophonist and composer, was nominated for the JUNO. His original music blends influences from both hard bop jazz and modern jazz to produce a sound that is both sophisticated and accessible. As a leader, he has released three albums that have been critically acclaimed. His debut album Roots and Branches was released by Jazz Excursion Records in 2007. His 2012 album Identity, his follow-up, was nominated by the JUNO for Traditional Jazz Album Of The Year 2013. Momentum, his latest album featuring Will Kennedy, drummer with the Yellowjackets was released in fall 2016. He has appeared as a sideman on numerous recordings with artists like Don Thompson, Suzie Aioli, Laila Biali and Nancy Walker. He has received numerous accolades for his compositional abilities, including the 2013 Galaxie Rising Star Award at Montreal Jazz Festival for “Baker’s Dozen”, and “Winds of Change”. He also composed and performed incidental musical music for the 2014 season of FX’s Emmy-winning TV series Fargo. It starred Billy Bob Thornton, Martin Freeman, and Martin Freeman. Shirantha is currently Head of Theory u0026 Harmony at Humber College Music, where he teaches Music Theory, Pedagogy and Ensemble. Shirantha was previously the Director of Jazz Studies at Columbus State University Schwob School of Music in Columbus, Georgia. He is also a regular adjudicate at festivals across the country, including Musicfest Canada, where he is Vice-Chairman for Instrumental Jazz. He is a Doctor of Musical Arts (D.M.A.). He holds a Doctor of Musical Arts degree (D.M.A.) in Jazz Studies at the Eastman School of Music in New York, USA, a Master of Music in Jazz Studies degree in William Paterson University in New Jersey (USA), and a Bachelor of Music from Humber College in Toronto, Canada. Shirantha is a Yamaha saxophone player and performs on YBS-62. from https://shiranthabeddage.com