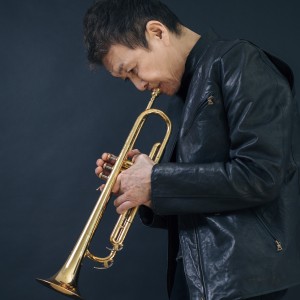 Born in Gifu Prefecture at the age of 13, Ohno discovered his musical calling when he began his trombone training. He was Japan’s best jazz trumpeter by the age of 19. Ohno’s remarkable career spans five decades and is filled with incredible talent and perseverance, despite seemingly impossible setbacks. Art Blakey, the bandleader, invited Ohno to join them on a tour in Japan with the Messengers. Blakey suggested that he move to New York City to fulfill his dream. “When I told my father and mother in high school that I wanted to be a jazz musician, they laughed. They only care about women, drugs, and drinking. In a recent interview with Kyodo News, Ohno, who lives in Westchester County with his family, recalls that they are not interested in anything. But I told my dad, “I’m not that kind of musician.” Ohno wanted to be a great, pure musician after he got his break with Blakey. He recorded the 1983 Grammy-Award-winning album “Machito u0026 His Salsa Big Band”, which was released in 1983. He recorded the 1988 Grammy Award-winning album “Live at Sweet Basil” with Gil Evans, a master arranger who was also a mentor to him for a lifetime. Ohno returned to Japan in Super Sounds, which featured jazz legends Herbie Hancock and Wayne Shorter. Ohno was badly injured in a car accident in 1988, which sent him back to Earth. Ohno claims that his lips and teeth were permanently damaged. He immediately dismissed the doctors’ suggestion that he would never be able to play again. It was a long road to his recovery and a new way of playing his instrument. 1996 was the second punch. Ohno was diagnosed in 1996 with aggressive fourth-stage throat cancer. It was a death sentence. His doctors told him that playing the trumpet would be possible if he survived. For the next five years, he underwent a series of radical surgeries and radiation treatments. 125 muscles structures including nerves and tendons had to be removed from his neck, face, and shoulders. Without lip support, the struggle to play began again. Ohno believes that because of the difficult circumstances he faced, he gained a new perspective on how to achieve the pinnacle many musicians may take as a given. He is the first jazz musician ever to win the International Songwriting Competition’s grand award for his composition “Musashi”, which was inspired by 17th-century samurai swordsman Miyamoto Musashi. He is also the only Japanese native winner. Ohno is also raising donations for Nepal earthquake victims. He has organized several benefit concerts under “Hope and Courage for Japan” and performed with jazz musicians in a school auditorium in Chappaqua (New York) on May 1, 2011. He has been visiting shelters and temporary housing in northeastern Japan at least twice per year since then to spread his music and encourage people. From www.japantimes.co.jp