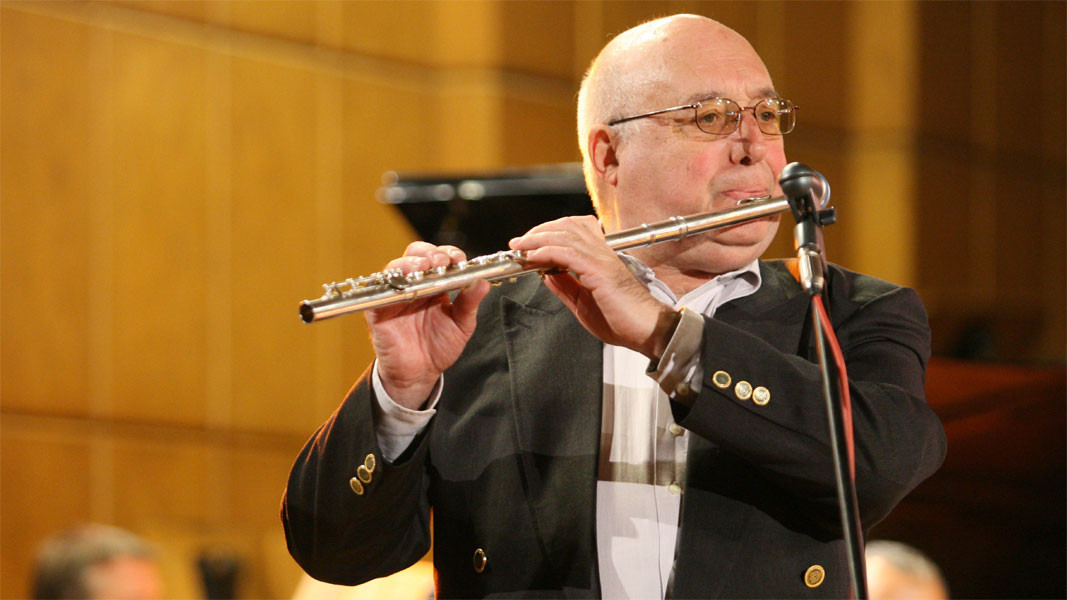 Born 24 October 1943 in Sofia (Bulgaria), Bulgarian flutist. Born October 24, 1943 in Sofia, he died March 26, 2020. He was 10 years old when he joined an accordion band in Sofia. His professional career in music began as a classical musician. He graduated from the National Academy of Music, Sofia, in Prof. Yordan Kindalov’s flute class. Simeon Shterev is one of the founders the legendary Fusion’65 Jazz Quartet. It was established at Radoy Ralin’s suggestion. This group gained international recognition in 1967 when they participated in the Montreux Jazz Festival. The Critics’ Award was presented to the Bulgarian musicians. Simeon Shterev, aka “Banana”, was named Europe’s best jazz flutist by Jazz Podium, a German specialized journal. For many years, his name has been in the top 10 jazz music lists. He was a well-known flutist who worked on the music scene for more than 60 years. He recorded hundreds of recordings in different genres for the Bulgarian National Radio, the Bulgarian National Television and even solo albums. He was a flute teacher at the National Music Academy’s Pop Music Department, Sofia for decades. Many of his students would become his colleagues on stage. Simeon Shterev worked closely for many years with the Big Band at the Bulgarian National Radio. Simeon Shterev’s remarkable biography includes collaborations with many world-renowned musicians, including Chick Corea and Albert Mangelsdorff. Kenny Wheeler, Milcho Levine, Maynard Ferguson, Chick corea, Maynard Ferguson, Chick Cora and many others. http://bnr.bg