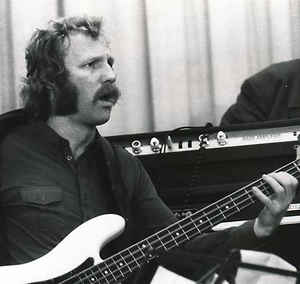 The supersession jazz-fusion band is led by Peter Trunk, a pioneering jazz bassist and a veteran of Frankfurt’s jazz scene. According to the album’s cover notes, Peter Trunk wanted to make rock different using jazz instruments and jazzimprovisation. Curt Cress was inspired by this album to switch from rock to jazz. He saw jazz-fusion opening up new possibilities. It’s like other Conny Plank Aamok albums. It’s original music with a lot of creativity. Notable for talent like Jasper van’t Hoof and Sigi Schwab. Peter Trunk, who died in a car accident in New York on 31/12/1973, shortly after the release of the LP, was killed. From discogs