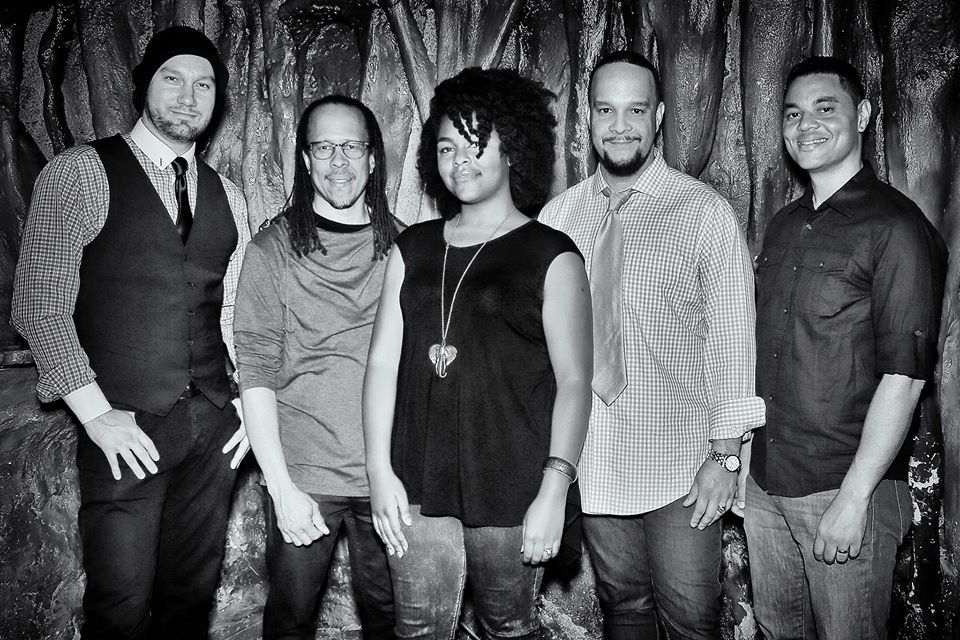 Sine Qua Non, a Washington, D.C.-based quintet is rooted in American Jazz but driven by a European classical approach for composition and performance. It incorporates elements from Latin, Caribbean, and African musical traditions. “It’s really world music,” said Michael Bowie, its founder and bassist. Sine Qua Non’s artistic task as a group is to create compositions that are built around melody, interplay, and dynamics. This is what Bowie refers to as “the shape of music.” He doesn’t write in traditional blues or song forms, nor in any other conventional format. He says, “But I don’t deliberately set out to create something that’s not traditional.” “I don’t purposely write complicated stuff. The melody is what I use to determine the form. It should be melodic. It doesn’t need to be boring. I want it to be entertaining for musicians and the general public. Whatever form it takes, I don’t care what it looks like. If it holds up, has shape and really says something, then it’s satisfied.” But personality is perhaps even more important. Sine Qua Non operates differently to a traditional jazz group. It’s a jazz ensemble in that it features jazz musicians. They improvise at specific points in the music but it’s composed and not improvisational,” says Victor Provost, a steelpan player who, with Bowie and Lyle Link, forms the ensemble’s frontline. It’s not an opportunity for us to spontaneously create throughout the night. It’s a platform for us to show timbres and colors.” Sine Qua Non is more about the musicians’ interpretation power and their ability to breathe new life into Bowie’s writings by combining the qualities of timbre, color and the individual musicians’ creative identities. Mark Prince, drummer, says that we just use the melody of Michael’s writing to add our personal touch. Of course, with some guidance from him. Link adds, “But he prefers to start from a blank canvas, leaving space for something we might offer or introduce.” We can all be given playing instructions because we are all sensitive and have played in many styles. You can look at any piece of music, and you’ll be able to understand the composer’s intentions. It’s jazz, classical, Latin, traditional music, and it’s having all of those experiences together.” Bowie’s vision may be at the core of the band, but the band is truly the music’s sinequa non. Without it, music is impossible. It is a group with incredible synergy, intuition, and brings to the District and the larger world one of the most profound creative trajectories. CDBaby