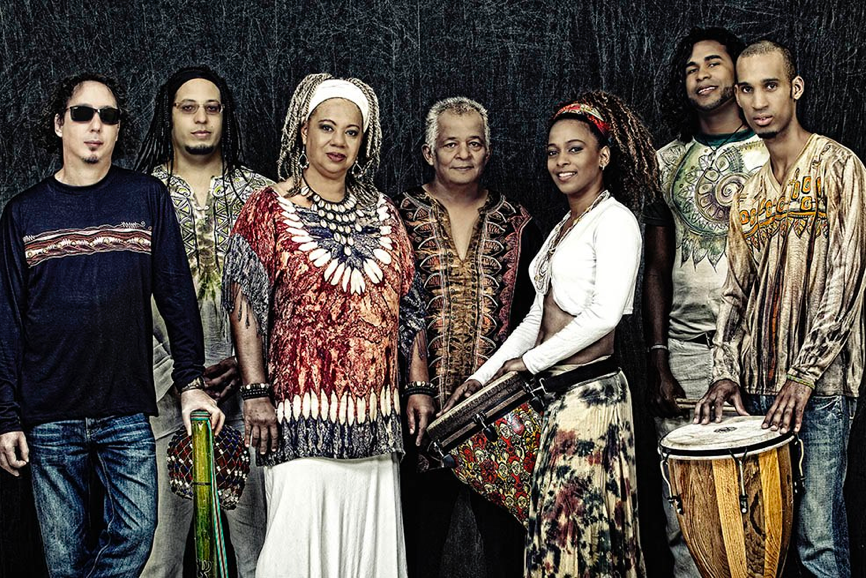 Sintesis was founded in 1960s and has been involved in many of the innovations in Cuban music. Carlos Alfonso (X Alfonso), and Ele Valdes are the most sought-after session vocalists in Havana. (That’s them on Adalberto Alvarez’s 1993 Cuban street smash, “Dale Como E”). Their groundbreaking album ANCESTROS was recorded in 1987. It is one of the most cherished albums of the new Cuban era. Lucia Huergo was a composer and player of keyboard and wind instruments. From www.afrocubaweb.com