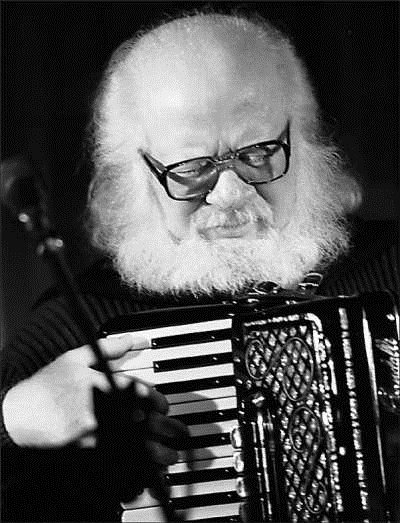 Severino (Sivuca) Dias de Oliveira (b. 26 March 1930, Itabaiana (Brazil) – 14 December 2006 Joao Pessoa Paraiba, Brazil) was an accordion player and Brazilian jazz musician. He is best known for his collaborations with Scandinavian musicians during the 1980s. At the age of 15 he began his professional career in Pernambuco. He continued with Humberto Teixeira’s first album (1950) and he was hired by radio and television in Rio de Janeiro in 1955. He toured Europe with Os Brasileiros» (1958). He was born in New York and moved there between 1964 and 1976. There he worked alongside Miriam Makeba, Harry Belafonte and others. Listen to one of his tracks, “Ain’t no Sunshine”. The flute sound is made by his accordion. He recorded with Putte Wittman (P.W.