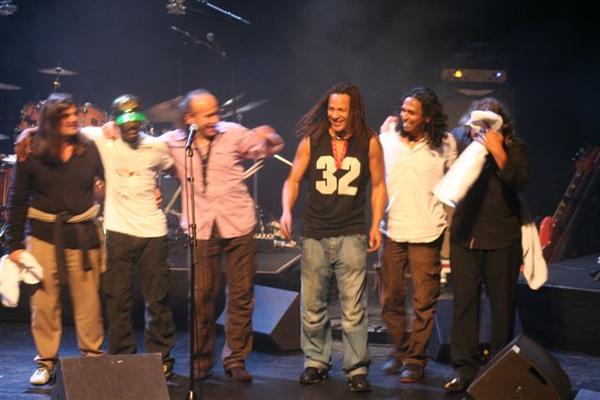 Sixun, a French band, was established in 1984. Sixun is a combination of six (French: six) plus one (English: one). This is the number of members from six countries that are a part of a band. The core band of Paco Sery (drums and percussion), Jean Pierre Como (keyboards), Alain Debiossat on saxophone, Louis Winsberg on guitar, Michel Alibo on bass) has remained the same throughout the years. In 1985, the group’s recording career began with Nuit Blanche. Then in 1987, Explore was added. It is important to note the importance of the polyrhythmic work and the significant influence of the multi-cultural musical roots of the band members, in particular the Caribbean and African. Sixun’s major influence, Weather Report is often compared with the band. They are one of Europe’s most successful fusion bands, selling approximately 20,000 copies of each album. Sixun was disbanded after the release of their ninth album, Nouvelle Vague. The band has been active since 2005 and was able to celebrate the 20th birthday in Paris in 2006. This concert was recorded as CD Martin Horst and DVD Martin Horst by progarchives.com