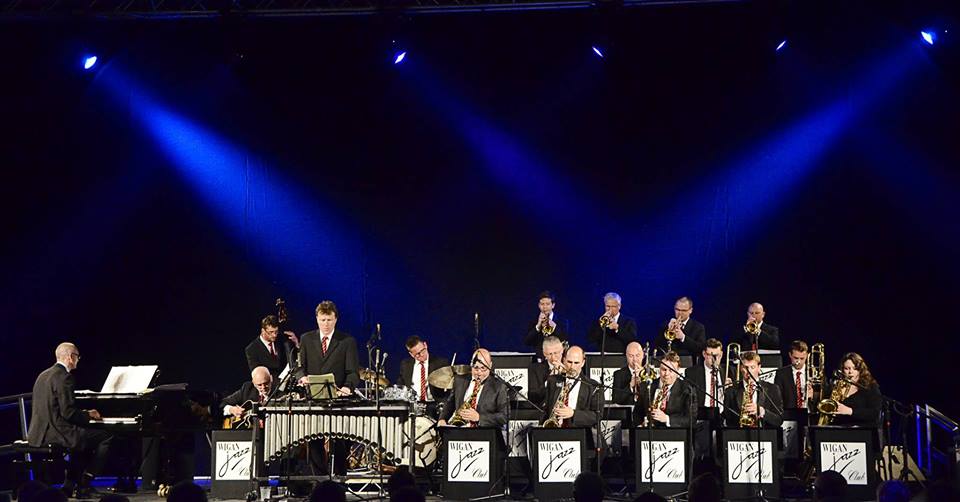 After forming a large band to record and play the music of Terry Gibbs Dreamband’s music, Skelton/Skinner set out to fulfill another ambition: to have key players in a smaller setting. The pair decided to continue a tradition of Ellington and Basie alumni by recording and forming their own bands, but keeping the influence of their “governors”, who are always present in the ensemble’s feel and selection of material. All arrangements are by Colin Skinner and focus on the soloists. Each player was praised for their contributions to the top bands in the country. The John Wilson Orchestra, which recreates the music from the Hollywood era, is a vital part of Mike Lovatt’s, Gordon Campbell, Colin Skinner and Jeremy Brown. Lovatt, Campbell and Skinner are also the lead musicians with the BBC Big Band. Skinner is with the Back To Basie Orchestra. Brown frequently tours with Stacey Kent, and Skelton was recently invited by Seth McFarlane to perform with an American orchestra. Alan Barnes is a regular on the jazz scene as both a soloist with Warren Vache and Ken Peplowski, and as a writer and director of his own groups for projects like “A Jazz Christmas Carol”. Rob Barron’s 2016 album “What’s In Store” received critical acclaim. His group has also supported Kenny Barron and Louis Hayes. Mike Lovatt – Trumpet Gordon Campbell – Trombone Colin Skinner – Saxophone and Arranger Alan Barnes -Saxophone Rob Barron- Piano Jeremy Brown – Bass Matt Skelton – Drums and Band Leader https://skeltonskinnerallstars.com