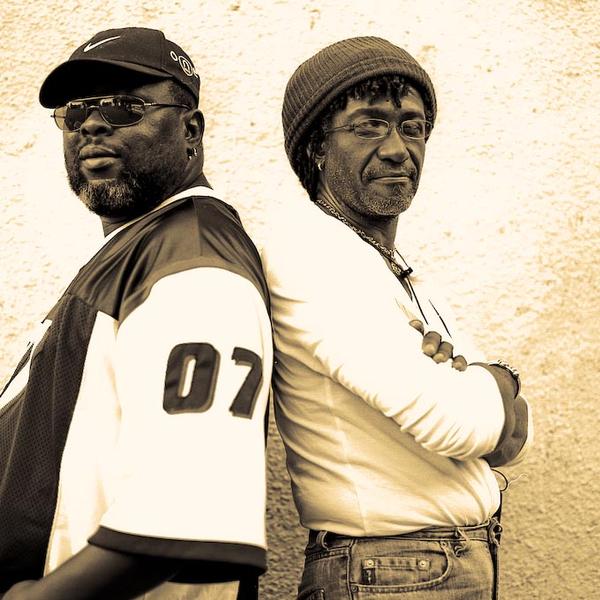 Robbie and Sly are the most prolific Jamaican rhythm section. After having been established in Jamaica as professional musicians, Sly Dunbar the drummer and Robbie Shakespeare the bass player joined the band in mid 1970s. Sly and Robbie have produced or played on over 200,000 records, many of which were on their label Taxi Records. Sly Dunbar was then a drummer for Skin Flesh and Bones. Robbie was playing bass and guitar with Skin Flesh and Bones. They discovered that they shared similar ideas about music (both were huge fans of Motown and Stax Records, as well as the Philly Sound and Country music), and Reggae production. The Revolutionaries was their first collaboration. They were part of the new Channel One label and studio, which was run by the Hoo Kim brothers. According to The Independent their breakthrough album was The Mighty Diamonds 1976’s Right Time. This helped them to be known as “masters in groove and propulsion”. Dunbar recalls that the drum beat for the title song was especially difficult. “Because of the double tap on one’s rim, nobody believed it was me playing the drums. They thought it was some sound effect that we were using when that tune first came out.” It quickly became a popular style, and everyone tried to emulate it after it reached number 1. They changed the face reggae many times. In 1976 they introduced “Rockers”, a harder beat that quickly replaced “One Drop”. Then in the 1980s, “Rub A Dub”, a sound that was more reminiscent of hip-hop, was introduced. Sly and Robbie played a key role in the development of computer-assisted music and programming in mid-80s. Chris Blackwell made them part of the Compass Point All Stars (Nassau (Bahamas), recording band that was based at Compass Point Studios. This group would produce records for Joe Cocker, Grace Jones, and Gwen Guthrie, among others. Their number 12 hit in the UK Singles Chart was “Boops(Here to Go),” which Robbie Williams later used for his Rudebox single. They introduced a new sound in the 1990s with “Bam Bam”, and “Murder She Wrote” from Chaka Demus.