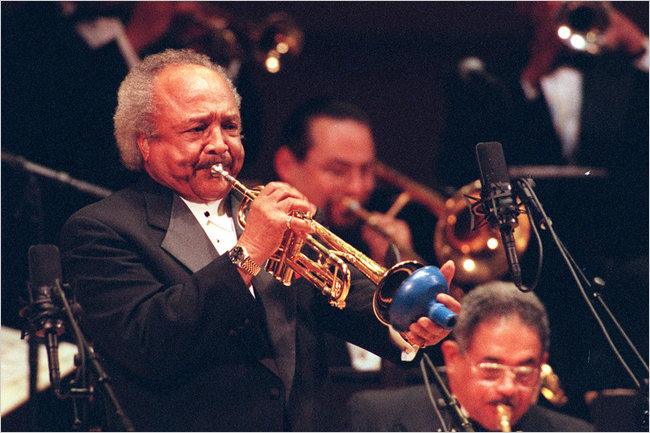 Young was the lead trumpeter for Jimmie Lunceford’s band from 1939 through 1942. Young was a member of the Thad Jones/Mel Lewis Big Band and played with Count Basie for three stints, totaling eight years. His longest engagement was with NBC. He was a studio trumpeter and joined the Tonight Show Band as a 1967 member. He stayed with the band until 1992 when it was replaced by a smaller, more focused group. He also performed live concerts, corporate events and headlining shows in Las Vegas’ main rooms as part of Doc Severinsen’s touring band. As Severinsen was a weeknight watcher of the Tonight Show, one-nighters were usually held on Fridays, Saturdays or Sundays. The Las Vegas gigs would be attended by Young, Conductor Steve Thoma and Paul Line, who would travel to Vegas every night. They would leave Van Nuys Airport at 6:00 pm via Lear Jet and arrive in Las Vegas at 7:00. The limousine would take the musicians backstage to dress.