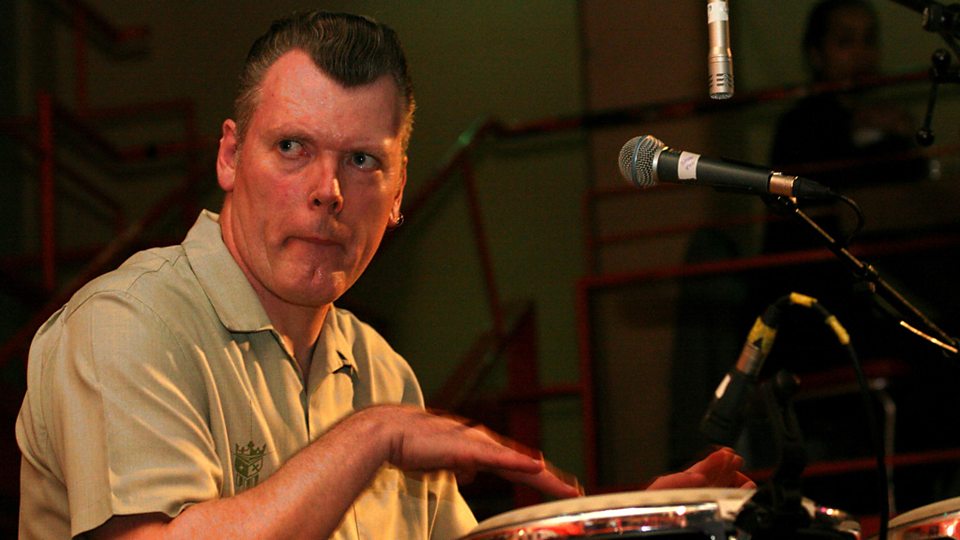 Snowboy, a British-based Latin artist, mixes dance-club rhythms and acid jazz, hip hop and pop. He began his career with Ritmo Snowbo in 1988. After releasing a number of independent records on Acid jazz, one of which was 1994’s Something’s Coming. This album reached the Top Ten of the U.K. independent charts. Before signing to Hollywood Records, he continued to release records. In 1998, the Latin-jazz-oriented Mambo Rage was released on the Ubiquity record label. This album highlighted Snowboy’s conga play and earned him a club hit with “Casa Forte”. He returned to Ubiquity in 2000 with two albums, The Soul of Snowboy (the latter heavily influenced by progressive Latin jazz musicians such as Charlie and Eddie Palmieri) and Afro Cuban Jazz (the former strongly influenced primarily by Charlie and Eddie Palmieri). Allmusic