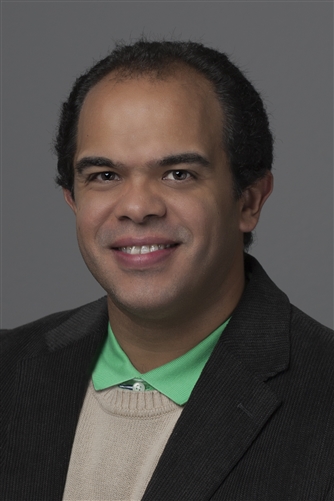 Socrates Garcia, a Dominican Republic composer, arranger and producer, as well as a recording engineer, guitarist, educator, and musician, is Socrates. He is currently the Director of Music Technology at UNC where he teaches music technology courses such as Introduction to Music Technology and Digital Composition. He is also responsible for the keyboard lab, recording studio, and computer music laboratory. Dr. Garcia is best known for his work on Yo Por Ti, the album by Olga Tanon from Puerto Rico, which was nominated for the Grammy Award for Merengue Album of the Year 2001. He also served as musical director/keyboardist to Los Ilegales during their 1997-1998 Latin American tour. He was also the keyboardist for Juan Luis Guerra, multi-Grammy winner, and a guest performer with the Dominican Republic National Symphony Orchestra. He is a guitarist and keyboardist who has performed throughout Latin America, including Mexico, Colombia. Venezuela, Bolivia. Costa Rica, Costa Rica, Aruba and throughout the Dominican Republic. His work as an arranger/producer, recording engineer and side projects can be found on numerous albums. In 2005, he released his first solo CD, Suenos. He studied composition with Jamey Simmons and H. David Caffey. Fred Sturm and Paul Elwood were also his teachers. Between 1999 and 2004, he was an Adjunct Professor of Music and taught Jazz Harmony Theory at the Santo Domingo Conservatory of Music. UNC Jazz Press publishes his compositions for jazz orchestra. He is a voting member of NARAS and LARAS, and has received composition awards from Casa de Teatro and Jazz Education Network. Dr. Garcia received his undergraduate degree in Theory u0026 Composition from Luther College. He also earned a Master of Arts in Jazz Studies at Middle Tennessee State University and a Doctor of Arts in Jazz Studies at UNC. from http://arts.unco.edu/