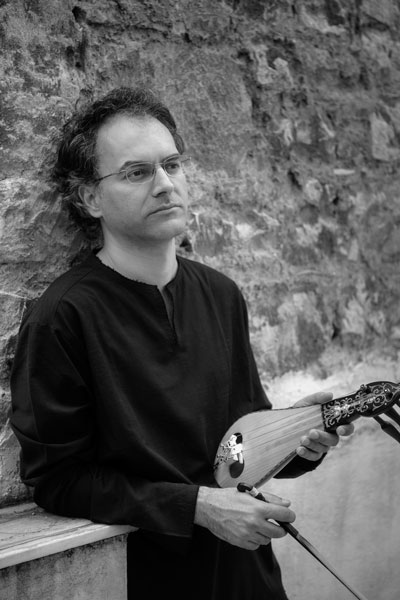 okratis Sinipoulos was born at Athens, Greece. While studying classical guitar, he also took lessons in Byzantine music as well as folk song at S.Karas’ school. He then moved to I.Tsiamoulis where he sang with the school’s children’s chorus. He began studying Lyra, Lute and music with Ross Daly in 1988. A year later, he joined Ross’s group “Labyrinthos”. He has worked with many musicians, singers, and composers from Greece and around the globe in different genres of music, including jazz and folk music. He has also participated in numerous concerts and recorded recordings. He was awarded the Melina Mercouri national prize for young artists in 1999. He founded the Sokratis Sinopoulos Quartet in 2011. Manfred Eicher produced the debut album “Eight Winds” for ECM Records in September 2015. Sokratis is an assistant professor at the Department of Music Science and Art at the University of Macedonia in Thessaloniki. from http://sinopoulos.com