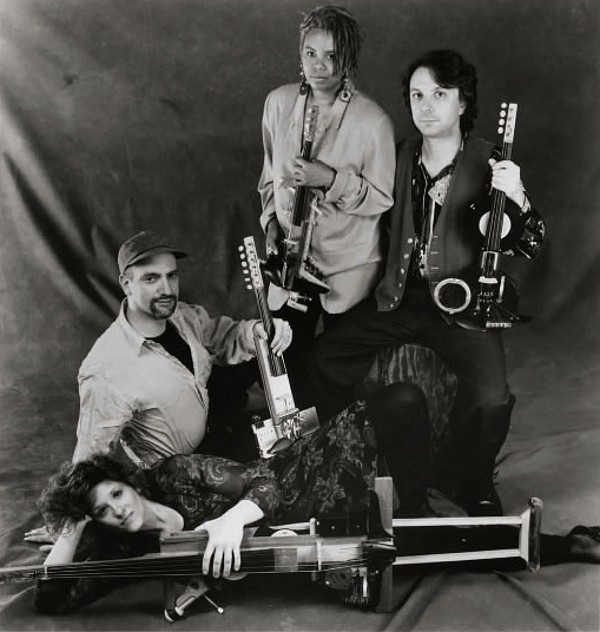 The Soldier String Quartet was a string group that was founded by Dave Soldier. It specialized in playing a mix of popular and classical music. This quartet was a training ground and platform for many other experimental classical performers and groups, such as Todd Reynolds and Regina Carter. They performed at venues that ranged from Carnegie Hall to the Lincoln Center. The group premiered more than 100 compositions between 1984 and 2004, including major works by TeoMacero, Leroy Jenkins (Phill Niblock), Zeena Parkinss, Fred Frith. Jonas Hellborg. Elliott Sharp. They recorded and performed with many pop and rock acts, including Van Dyke Parks and Jesse Harris, Butch Morris and Tony Williams. Cole. The quartet contributed to transcription and arrangements for previously unnotated music to chamber music repertoire. This included a CD of Jimi Hendrix arrangements with Robert Dick and an album of jazz standards with Robert Dick and an album featuring Delta and Chicago blues. Wikipedia