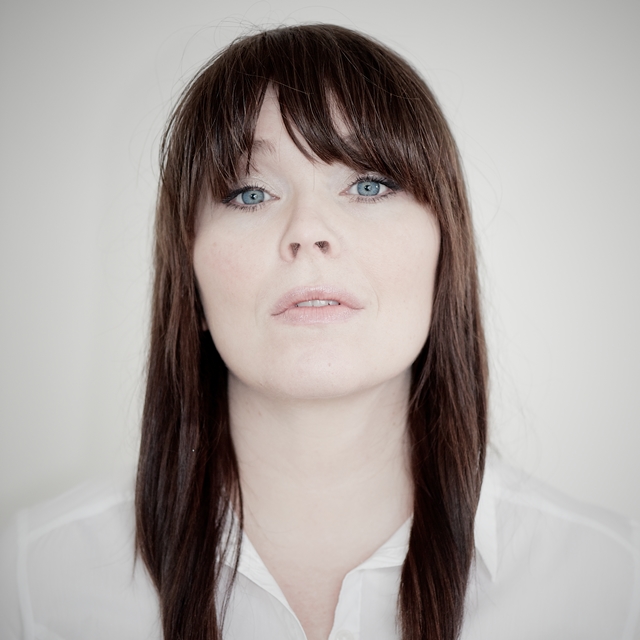 Solveig Slettahjell, pronounced “Sul-vay Shlet­I-Yell”) was born in Baerum in Norway in 1971. She grew up near Trondheim in Orkanger. She grew up in church because her father was a pastor. From the age 7 she sang in choirs and started accompanying youth and gospel choirs with the piano at the age 13. She sang and played her own arrangements of hymns, negro Spirituals, Norwegian religious folkongs, and her own compositions. After studying classical piano and singing in Trondheim’s secondary school of music, Solveig went on to study jazz at the Norwegian Academy of Music. Sidsel Endesen was her teacher until Solveig’s 2000 master’s degree. The final exam was a thesis on rhythmic aspects and phrasing, followed by a concert. This was the beginning of Slow motion. Norwegian musical projects Solveig Slettahjell/Morten Quivild Solveig’s second album on Universal Music was released in 2011. This album features a selection great songs that were carefully selected by the two. Slow Motion Orchestra Solveig Slettahjell’s most significant musical project over the past ten years was her Slow Motion Orchestra, which she founded as part of her masters at The Norwegian Academy of Music. SMO’s first album was recorded in 2001. Five more albums have been recorded since then, with the most recent, “Tarpan Seasons”, being released in Norway in September.7.09 (released abroad January/Febr 2010). In its early days, SMO focused primarily on creating their own jazz standards but has now moved to original material. Solveig’s songs were part of her piece for the Norwegian jazzfestival Vossajazz 09, and this album is largely composed of Solveig’s songs. Slow Motion Orchestra now includes Sjur Miljeteig (trombone), Morten Qvenild (keys), Andreas Ulvo-keys, Even Hermansen (guitar), Jo Berger Myhre (bass) and Per Oddvar Johansen-drums. In February 2007, Tord Gustavsen Solveig Slettahjell, and Tord Gudsen performed their first concert in Barbu kirke (Arendal, Norway). They have found common ground in the same church music they grew up listening to. Their collaboration resulted in “Natt i Betlehem” (KKV 2008 ) and a joint album with Sjur Miljeteig, trumpeter. This album features their renditions of traditional Chirstmas songs. Hakon Hartberg, a pianist, was also involved in other musical projects at the Academy Solveig. They formed the Slettahjell/Hartberg Duo. Their repertoire included their renditions of country songs, jazz standards and Norwegian folk songs. They also performed songs for children, including music by Tom Waits, Prince, and other artists. Solveig was most proud of the Slettahjell/Hartberg Duo until 1996. In 1995, Solveig joined Squid, a band that used original material, based on soul and acid-jazz as well as funk music. They performed many concerts before the group was disbanded in 1999. Squid released “Super” in 1998. She joined the Norwegian experimental vocal group Kvitretten in 1997. Eldbjorg Raknes and Kristin Asbjornsen were the female jazz singers. Solveig was also part of the group. The group’s repertoire consisted mainly of music composed for Kvitretten and other Norwegian contemporary jazz composers. The quartet toured Finland and Germany, as well as Norway, and collaborated with many musicians and poets. Solveig’s musical output has been influenced largely by vocal ensembles. For three years, she was part of the trio vonDrei. VonDrei was a specialist in classical music, contemporary music, and crossover to improvised. Trondheim Voices, a larger vocal group, was also her work with Eldbjorg Raknes (from Come Shine) and Live Maria Roggen (from Trondheim Voices). Solveig was a part of Sidsel Endresen’s 2002 project Living Rooms. It was written for the Norwegian jazz festival Nattjazz. She was a vocalist on Sidsel Endresen’s vocal work for four singers for the “Norwegian Voices” concert in London. Solveig Slettahjell also contributed to several recordings, including Jon Balke’s “Batagraf”, Friko, and “Burglar ballads” CDs 2003 and 2006, and “Journey to Mandoola”, C C Records 2006. She was joined by Sjur Miljeteig, a slow motion quintet trumpet player, and Peder Kjellsby, a drummer (who wrote six songs for Pixiedust). She was a contributor to the 2007 Norwegian Crown Princess Mette Marit Hymn Collection “Sorgen og gleden”. (KKV 2007). from www.solveigslettahjell.no