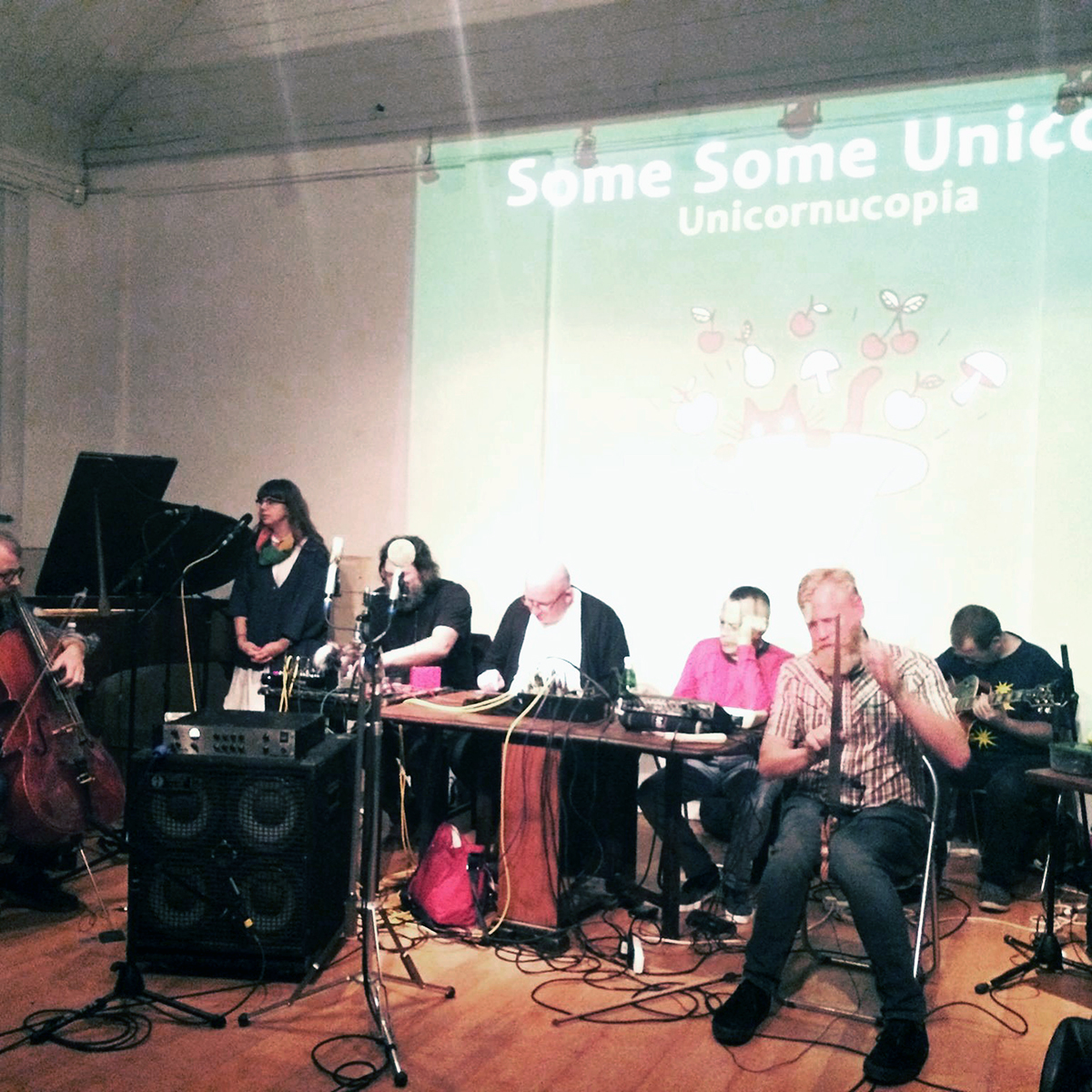 Some Some Unicorn began as an online collaboration project and has grown to be a free-flowing collective of improvising musicians and poets who value community and shared experience. Shaun Blezard, a composer and improviser, is the band’s leader. He started it during his tenure as New Voice Composer with Sound and Music. The Golden Periphery and Some Some Unicorn were the first SSU albums. SSU has grown to be a unique live experience since its debut album. The live band is 8 to 14 strong, and always unique. They draw from many genres, but are primarily jazz, free improv and ambient drone. Talk Talk, Spontaneous Music Ensemble, Alex Cline Ensemble and the Kilimanjaro Darkjazz Ensemble are all key points to the SSU sound. A crowd funding campaign resulted in the release of the second SSU album Unicornucopia. It features tracks that were recorded live in the studio with minimal overdubs. Sessions were held in Salford and London, Lancaster, Lancaster, and Ulverston. Unicornucopia was released September 2016 and includes over 50 players. from http://somesomeunicorn.co.uk