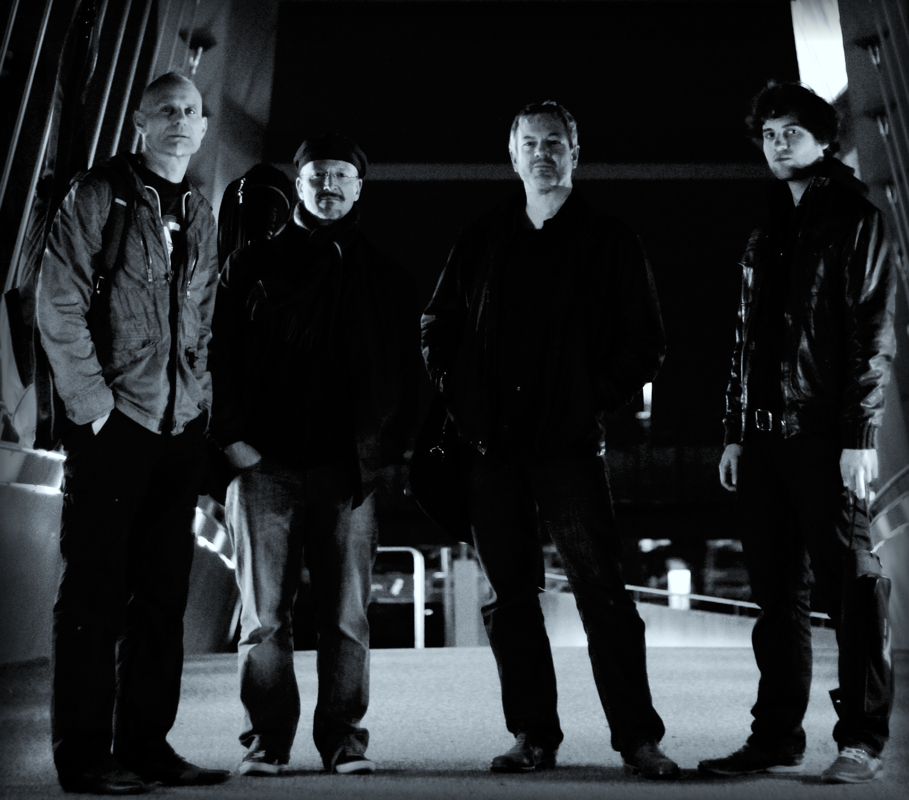 SONAR, a Post-Minimal-Rock group from Switzerland, is a brand new band. Sonic Architecture is their name, which reflects their desire to create musical atmospheres, soundscapes that are polyrhythmic, and highly structured aural spaces. Their first CD, A Flaw of Nature, was released by Nik Bartsch’s Ronin Rhythm Records label. Sonar’s music can be played live without sequencers, loops, or computers. They use minimal equipment, including 2 guitars, a basse guitar, three small amplifiers and a basic drum set. To keep the music as immediate and direct as possible, no effects are used, except a touch of tremolo and reverb. The band is not a group of soloists. It is a small, intimate chamber (groove orchestra), where collective effort matters. Sonar’s instantly identifiable sound is due to Sonar’s special tuning of the bass and guitars to tritones (C/F#/C/F#/C/F#), an interval often called “diabolus” in musica (diabolus musica). The group calls this “tritone harmonics” because a large portion of the music is only played with the natural harmonics of these notes. From http://sonar.ch: “With the guitars tuned to tritones (bass and guitars), there is a semi-dissonant quality to the constellations plucked harmonics that orbit around one another. They create interlocking, overlapping, and polyrhythmic meters that are reminiscent of early minimalist microworlds like Steve Reich or the 80s-era King Crimson Sonar. The group’s music firmly places them as a brilliant, shining node on the continuum, alongside Don Li’s pioneering work and the ritual grooves of Nik Bartsch.” (Sid Smith, taken from the CD’s sleeve notes).