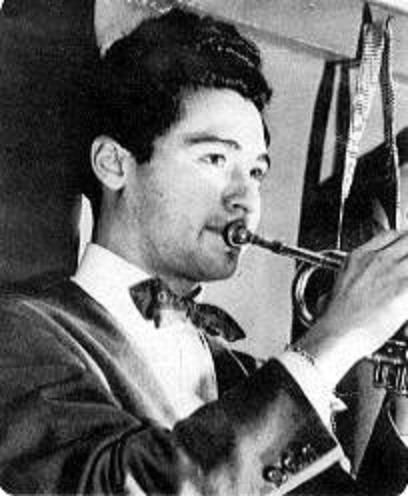 Saul “Sonny” Berman, born April 21, 1925 and died January 16, 1947, was an American jazz trumpeter. Berman was born in New Haven (Connecticut). At sixteen, he began touring. He went on to work alongside Harry James, Louis Prima and Benny Goodman. But his most notable work is with Woody Herman. Berman’s passion and inventive soloing, as well as his ability to change his tone from strong and emotional to sweetly muted, made him stand out. His sense of humor was also a hallmark. It often found its way into solo music, where it is infused with joy and playfulness. Sonny Berman, 21 years old, died in New York City after he overdosed on drugs. Source: Wikipedia