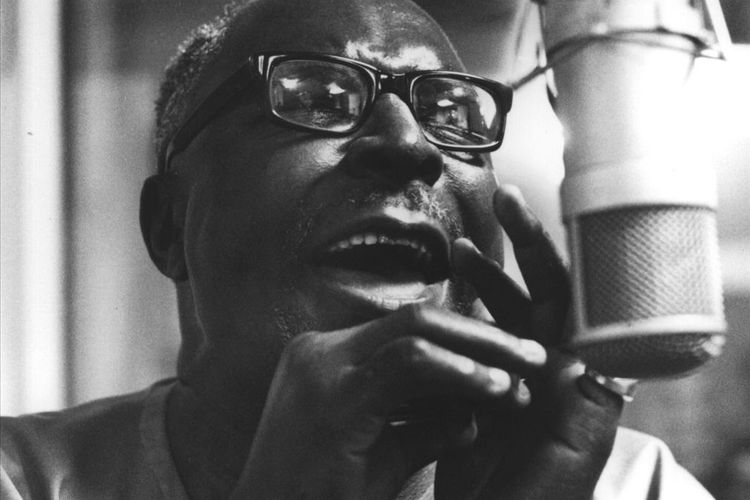 Sonny Terry, a harmonica player, was among the first bluesmen to cross over into areas that were not usually associated with the genre. Terry, along with Brownie McGhee (guitarist), recorded many folk recordings. He also had a successful acting career that was featured on TV and Broadway. Terry’s unique harmonica sound, called “whoopin’, never changed. Saunders Terrell was the birthplace of Sonny Terry on October 24, 1911 in Greensboro. Two separate accidents caused him to lose his sight at the age of 16. Terry was taught by his father, who played harmonica at local functions. Terry realized that his vision would prevent him from being a farmer, so he decided to become a blues singer. Terry began performing on the streets of Raleigh and Durham for tips, and soon moved to other parts of North Carolina. He met Blind Boy Fuller, a popular guitarist. Fuller convinced Terry that he should move to Durham. The two gained a strong following in the area. They were given the opportunity to record in New York for Vocalion by 1937. Terry was back in New York one year later to take part in John Hammond’s legendary Spirituals to Swing concert. He performed “Mountain Blues”, which is one of his most memorable songs. Terry returned to Durham and continued playing with Fuller. He also met Brownie McGhee who would be his partner for the next 20 years. Blind Boy’s manager J.B. Long initially assigned McGhee to care for Terry. Long thought McGhee might be able to perform in some of the same shows that Terry. After Fuller’s passing in 1941, Terry McGhee and Fuller formed a friendship. McGhee and Terry moved to New York. They found steady work immediately, performing concerts as a solo or duo. Terry was soon a sought-after session player and began appearing on records by folk legends like Woody Guthrie and Leadbelly. In 1946, the Broadway musical Finian’s Rainbow was launched. This production also gave Terry an acting opportunity. Terry and McGhee started to expand their collective horizons by the mid-’50s and began traveling extensively beyond New York. They recorded a lot of music for labels like Folkways and Savoy and became well-known in blues and folk circles, performing for both black and white audiences. In the mid-50s, Terry and McGhee were cast in Cat on a Hot Tin Roof on Broadway. This exposed them to a wider audience. The duo performed at many blues and folk festivals all over the globe in the early 1960s. Terry also found time to work on television commercials and with Harry Belafonte. Terry traveled a lot throughout the 1970s and only stopped for a few minutes to write The Harp Styles of Sonny Terry. McGhee and Terry began to have problems with each other by the middle of the 1970s due to the constant travel. They ended their long-lasting partnership after being strained by constant touring. A younger generation of blues musicians was discovering Terry via the Johnny Winter-produced album Whoopin’ on the Alligator label. It featured Willie Dixon and Winter. Winter had previously produced a Muddy Waters comeback album (Hard Again), which helped revive his career. He was now trying to do the same for Terry. Terry was getting older by the 1980s. He stopped recording and accepted only sporadic live performances. Terry died in 1986, the same year he was inducted in the Blues Foundations Hall of Fame. Allmusic