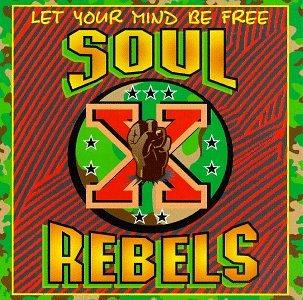 Lumar LeBlanc, and Derrick Moss were both members of New Orleans’ legendary Dejean’s Young Olympia Brass Band. They decided to form the Soul Rebels to share the exciting new music they heard on the radio, while keeping the traditions they love. The pair, both New Orleans natives were well-versed in New Orleans jazz basics. However, they began to embrace contemporary music. LeBlanc went to St. Augustine High School while Moss attended McMain High School where he marched with Cash Money Records CEO Ronald Williams. They found new sounds as thrilling as the horn-combo style that has been featured in jazz funerals since at the dawn of the Twentieth century. – thesoulrebels.com