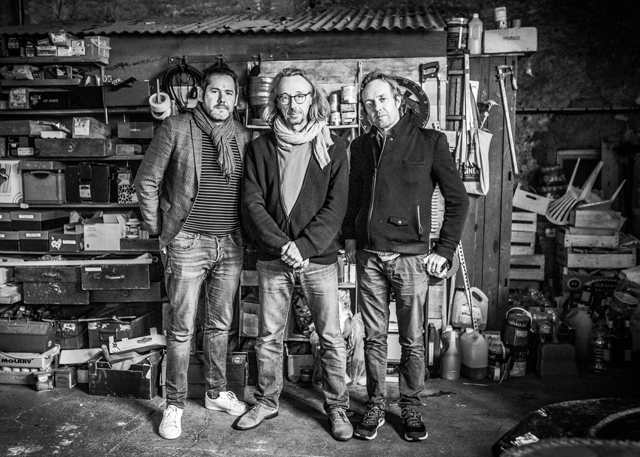 Soultime is a jazz trio consisting of Jean-Patrick Cosset, Guillaume Julien (guitars and keyboards), and Patrick Jouannic, (drums). Since 1993, we have performed every month at Ty Anna Tavarn as well as many clubs and festivals throughout France. We also recorded a live album in 2012. We recorded an album in our studio this year! We recorded 12 compositions over the course of a year under the musical guidance of Timothy Bright, a New York City producer. The album has a unique feel because each member contributed their own compositions. It introduces new sounds like fender rhodes and Moog synths as well as melodica and percussion. This album will take listeners on a musical journey through many genres including west-coast jazz-funk to old-fashioned standards, calypso, Louisiana funk, Irish waltz, pop ballads, Irish waltz, calypso, calypso, calypso, calypso, calypso, Louisiana funk, Louisiana funk, funk, funk, funk, funk, funk, funk, among others. Timothy Bright, a producer, helped to finalize the compositions before they went into the recording studio. He took control of the soundboard in Nantes last October and recorded all 12 tracks at Studio Corner Box in just 10 days. He returned to Brooklyn to mix the album at Sixty Cycle Music. Masterdisk Studio has been hired by Timothy to master the album. They have worked with Sting, Maceo Parker and Herbie Hancock. Super exciting ! These are excerpts from mastering. From www.ulule.com